Congratulations to all of those who competed in a closely fought St Nicholas House Sports Day, with a fantastic display of sporting endeavour on show.

The day began with St Nicholas House Team field events with some notable performances from our youngest pupils. There were some stand out jumping performances from Jacob Burgess, James O Brien and Tyler Murdock. Finlay Horton also impressed with his throwing skills and is going to be someone to watch out for in future senior school javelin events. Freya Hill showed great accuracy in the target shot and Ruby Jackson threw 12.2m in the shot putt. Oliver Smith led the way in the discus event and Holly Hill and Mabli Iley threw very well too.

At the end of the morning, the team in the lead was Team Taf.

In the afternoon, pupils from each house team gathered in St Nicholas before running out to rousing sporting anthems and took their place in their House team zones.

The first events were our beanbag races, which got us all into the competitive mood. The egg and spoon race followed with supreme concentration on the faces of most competitors. The stand out performance came from Nick Chambers who almost sprinted to the line, dropping his egg yards from the finish but still finished way ahead of the others. 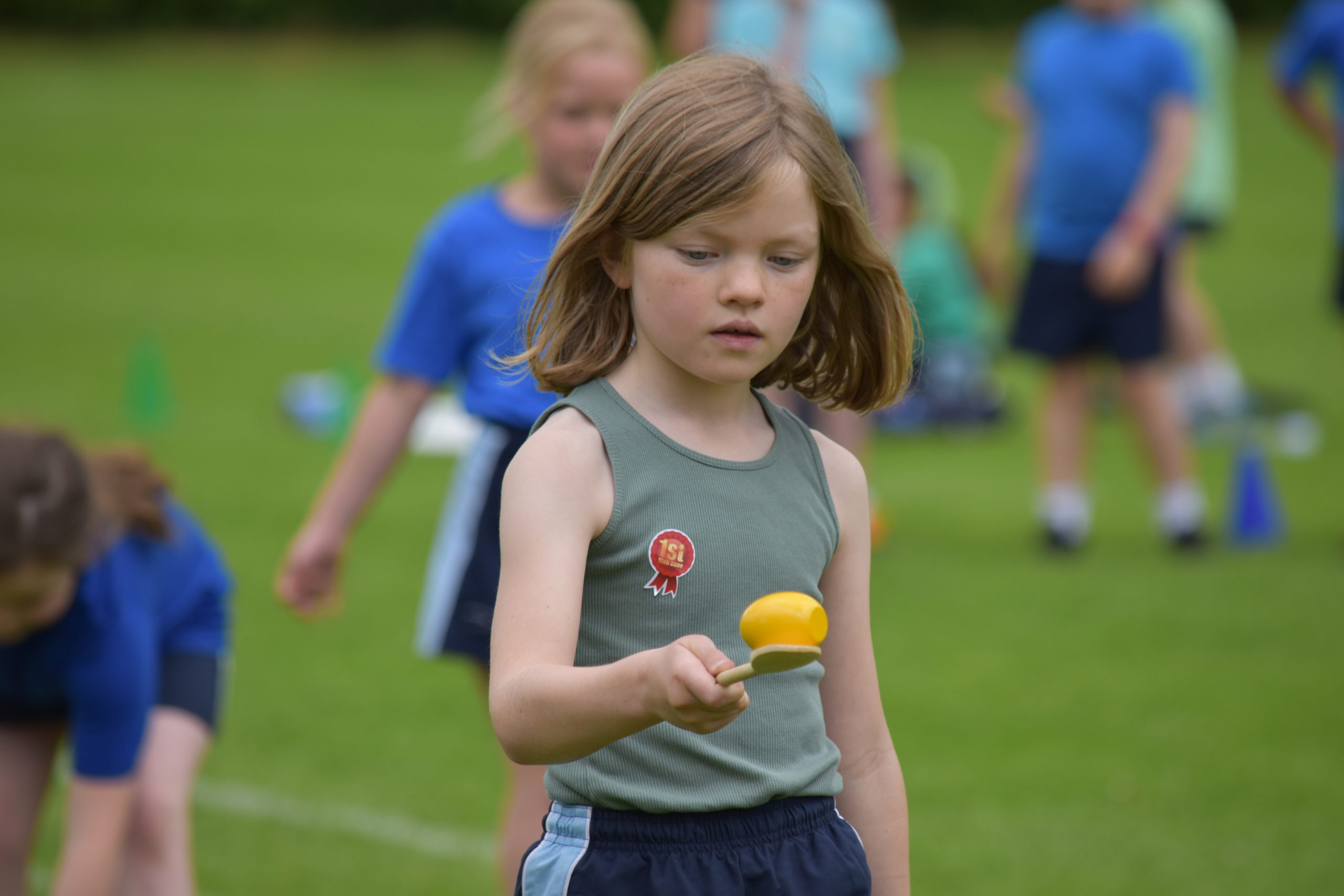 The sprints were hotly contested with some old rivals battling through to the very end. Some very impressive sprinting techniques were on show, particularly from Oli Smith, Jacob Burgess, Thomas O Brien, Holly Hill and Ella Ling. 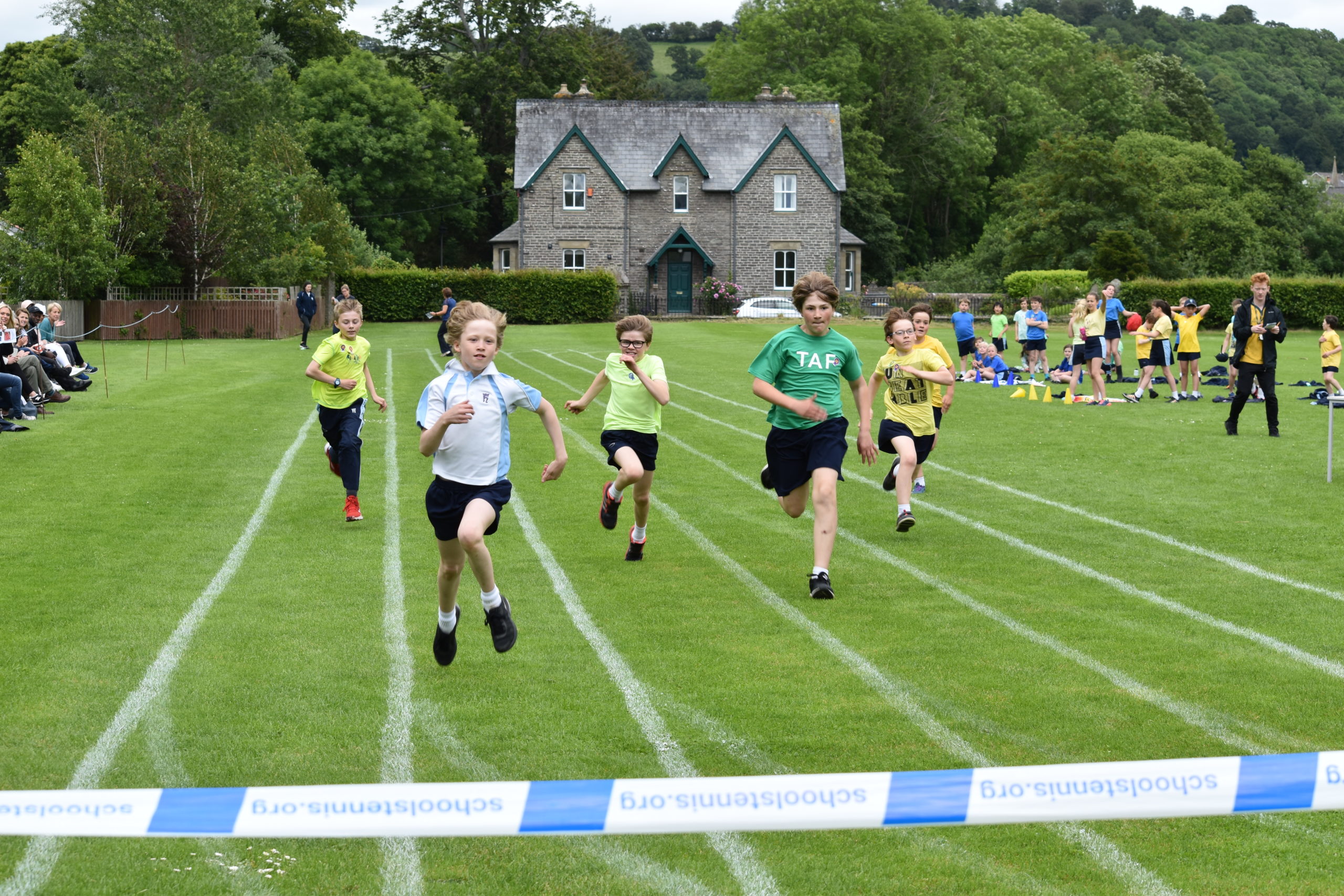 The long distance races displayed super grit and determination from many of our youngest pupils. Steaming ahead for Y3&4 was Isobel Pearce and Thomas O Brien.

In Y5&6, Jacob took an impressive early lead and finished in style, hotly pursued by James and Finlay. The girls chased Holly, who was a strong finisher. There were some super sporting moments, with children encouraging each other all the way.

Miss Brown set a tough challenge in our obstacle race, asking competitors to dress up in shower caps and jackets whilst hopping on space hoppers or in sacks! We particularly enjoyed watching brave parents and gap students participating in these races, some more successfully than others!

Perhaps the favourite race of the day was our legendary caterpillar race requiring remarkable teamwork. Team Usk were the victors, and worked well to get over the line (eventually). 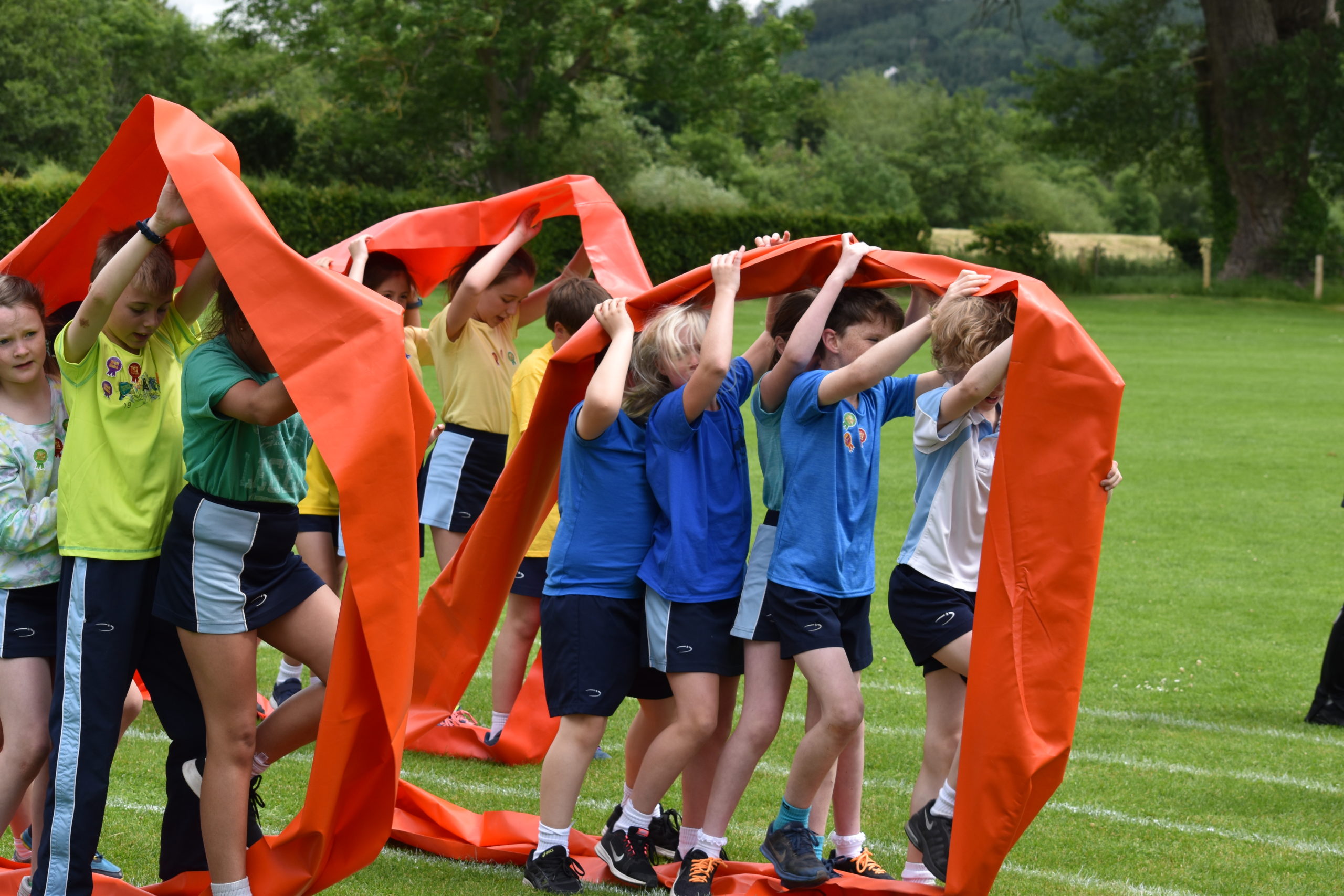 At the end of the event, we congratulated our overall Sports Day winners, Team Wye, who took a well-deserved lap of honour, holding aloft the house team shield with pride.

The overall winners were Team Wye with 134 points, followed by Team Taf, then Team Usk.

A super afternoon enjoyed by all.