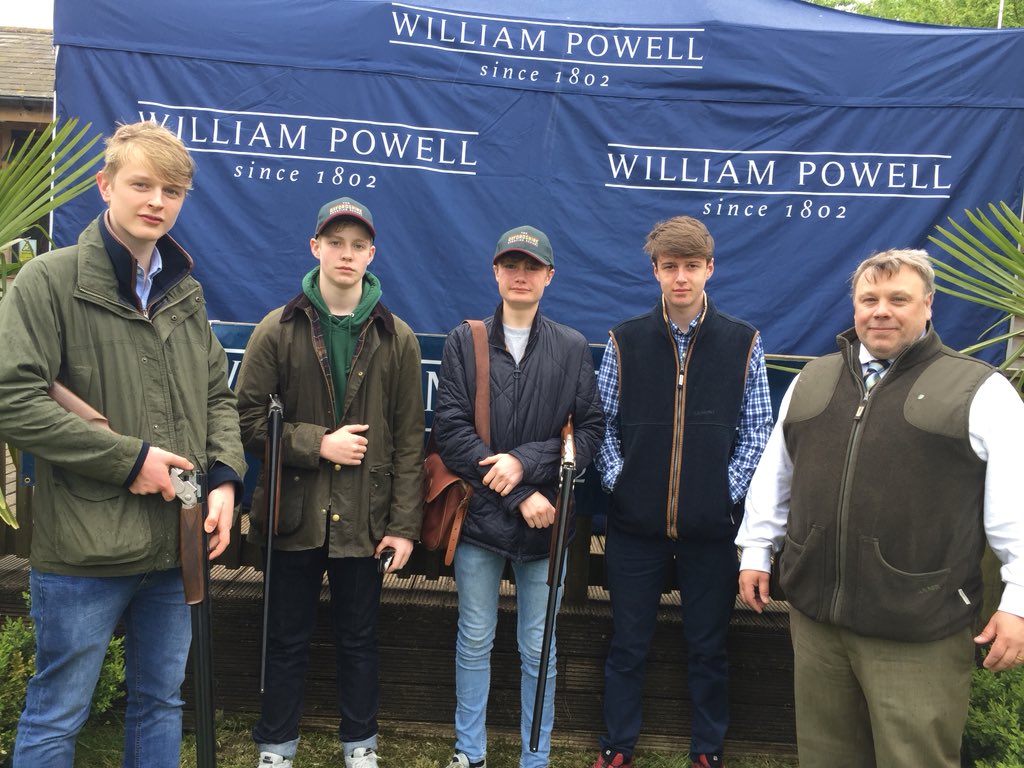 Hosted by the Oxford Shooting Club, Chipping Norton, the team was joined by Old Breconian Stewart Lloyd, the captain of the Old Breconian team, who helped advise and coach the boys

The team comprised of captain Archie Hawkins, Matt Reynolds, Henry Alp-Williams and James Laurie Chiswell. There was a large turnout of opposition eager to please their team coaches. The competition was 60 shots over 8 stations.

The clays were of varying speeds, heights and distances which added to the excitement. Archie and Henry finished as the team’s best shooters. A wonderful day and a wonderful experience and the team left having enjoyed the competition and wanting to do more. Many thanks to OB Stewart.