On a cold and wind-swept February evening, four teams of Christ College pupils (ranging from Year 11 to Upper Sixth) entered the South Wales regional round of the Oxford University Schools’ Debating competition. Having faced off some tough competition from schools around Powys and Cardiff, Sixth formers Aimee Todd and Emilia Palmer won through to represent CCB at the Finals, which took place at the famous Oxford Union on Saturday 12th March. 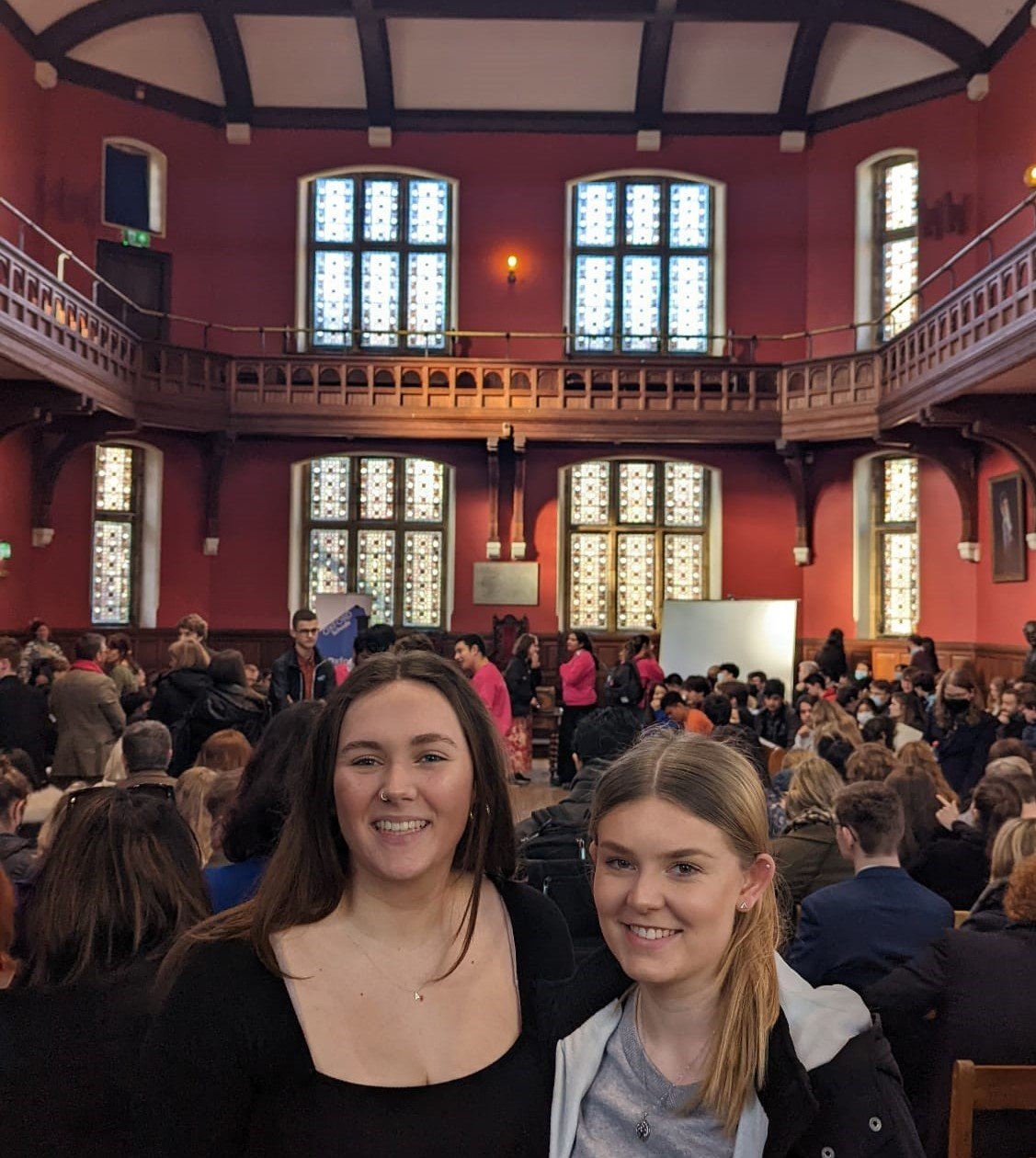 The final was the first in-person debating competition to happen since the start of the pandemic, and so the girls were very much looking forward to visiting Oxford and looking their opponents in the eye, having conducted previous debates online. A truly global event, over 100 teams were brought together from three continents. In the morning, the teams all gathered to hear the first motion and see who they would be up against. Once the teams were allocated a position (proposition/opposition) to take on a motion, they were given the motion itself and a slender 15 minutes to prepare their speeches, without the aid of any coaching, extra information or access to the internet.

Our first debate (This House believes that social media’s adoption of child-only versions of their platforms (Youtube Kids, Messenger Kids, Instagram for Kids) does more harm than good) highlighted the truly international nature of the competition with Christ College competing against schools from Budapest and Dublin. Fortunately, this first debate was located in the historic Union Chamber, which has hosted countless influential political, scientific and cultural figures, including Mother Theresa, Senator Bobby Kennedy, the Dalai Lama and Stephen Fry – no pressure there, then. Positioned in the role of Closing Government, the girls argued that child-only versions of such platforms promoted a technological addiction in children and that the state, not the companies themselves, would have to step in to address the physiological and psychological consequences in years to come.

The pupils enjoyed the variety of the motions on the day and the opportunity to showcase their ability to craft arguments and dismantle those put forward by others. Other motions included the implementation of Universal Basic Income, the rise of citizen journalism and the dangers of providing children with unrealistic goals. Reaching the final of such a prestigious competition and getting the opportunity to meet elite debaters and thinkers from schools around the world was certainly a goal achieved, and one the girls will not forget. Whilst we did not win (the honour fell to Webber Academy, from Calgary, Canada), Aimee and Emilia represented the school and themselves in an exemplary fashion, and they are keen to pass on the learnings from such an experience to the aspiring youngers debaters in the school. Well done, girls, we are very proud of you both.