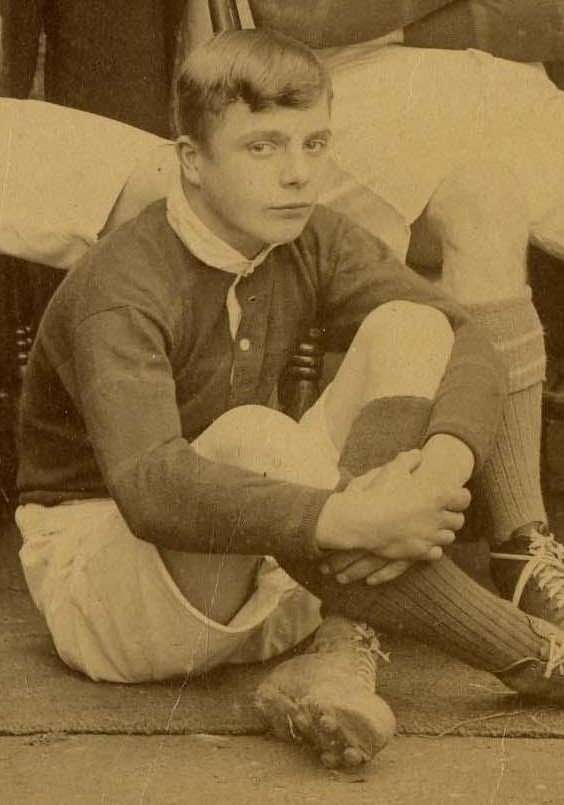 John Gordon Yendoll was born in January 1897 in the Bedwellty district of Monmouthshire. His father, Bohannah Yendoll, ran the Duffryn Hotel in Aberbargoed, and the family owned a number of hostelries in South and Mid Wales. Gordon joined older his brother, Raymond Bohannah (School House 1909-1912), in School House in September 1910.

Gordon was awarded a Junior rugby Football Cup in the autumn of 1911 for his work in the backs. He was captain of the 2nd X1 in 1913 and played occasionally for 1st XI. In the autumn of 1913, he played in the XV. The team lists of the time record that while at school he played alongside five others whose names appear on the Christ College War Memorial: Trevor Akrill Jones, Frank Harrington Best, David Harold Davies, Harold Blakeney Davies, David Cuthbert Thomas.

Gordon left school, returning to Aberbargoed. On Prize Day 1915, which would be the last public prize-giving until 1921, it was announced that he had passed the bank examinations which would allow him a career in banking. Instead of taking up his chosen profession, Gordon voluntarily joined the Army Service Corps.

In 1917 Gordon was seriously wounded in Salonica while serving in the area of main fighting, Lake Dorian. With little hope of recovery from the injuries he sustained, he was sent home. The Breconian reported that his death on February 27th 1921 was “not unexpected”.

Gordon, who had been known at school as “a keen and painstaking boy and a plucky football player”, died just a few weeks after his 24th birthday at Willesden, Middlesex where he was being nursed by his mother. He is remembered on the Christ College War Memorial.