Once in a lifetime experience for CCB Cadets 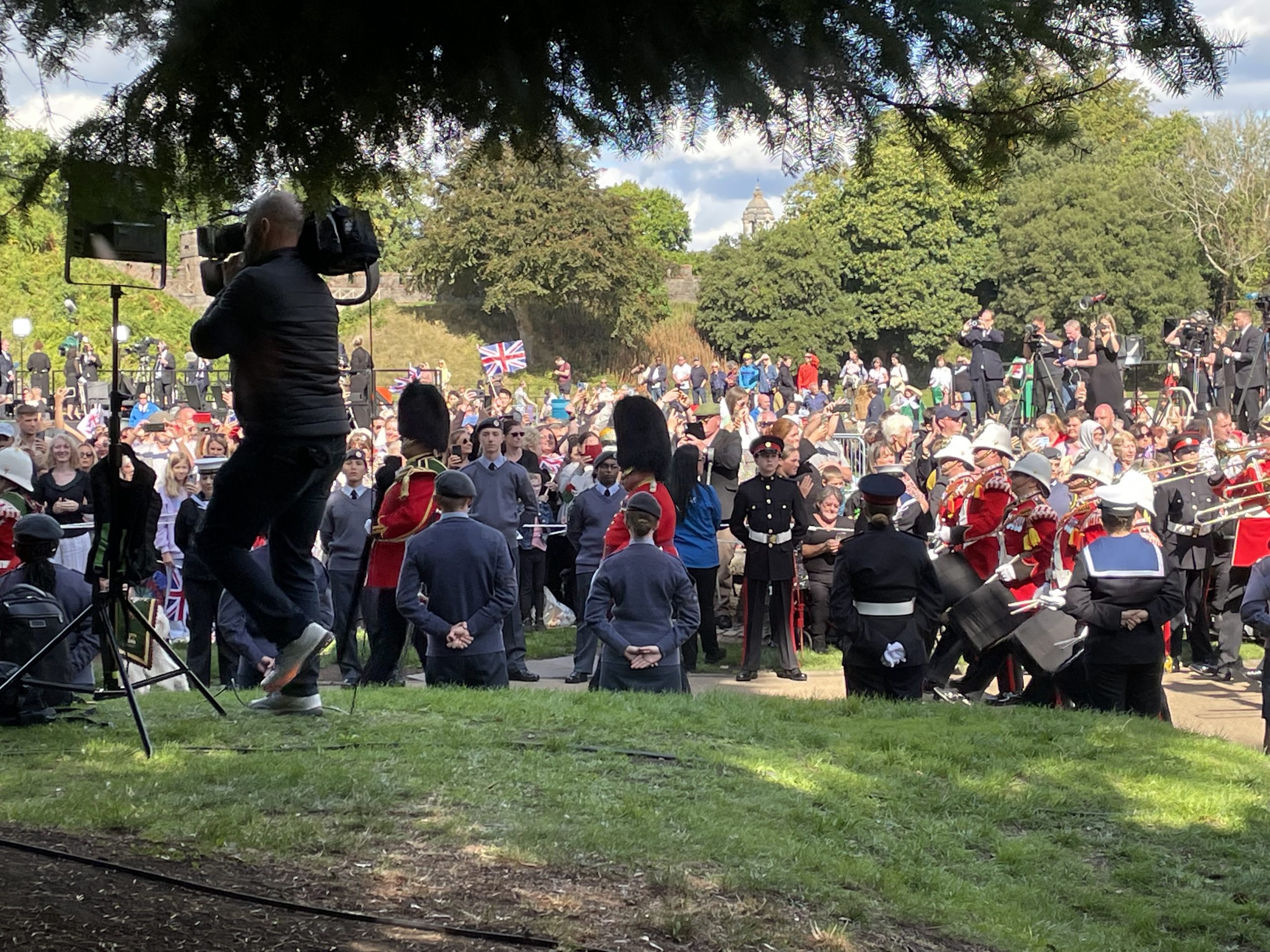 A very fortunate 10 cadets, selected from a cohort of 30 volunteers, worked very hard during a full day of rehearsals in Maindy Barracks and at the Castle on Thursday, in preparation for the HRH King Charles III visit to Cardiff yesterday.

Last Thursday the cadets  assembled in Maindy Barracks in the morning, after an early start to miss the predicted traffic build up, ensuring the cadets enjoyed a hearty breakfast before departure (a military tradition before parades). 2 hours of final rehearsal took place, before a quick lunch break and into ceremonial uniform. The journey from Maindy to Cardiff Castle took no time at all, as they moved in convoy through closed roads to assemble at the North gate of Cardiff Castle.

Final checks of uniform before the cadets stepped off, with the Regimental Mascot of The Queens Dragoon Guards (Welsh Pony – Lance Corporal Emrys Forlan Jones), before the band of the Royal Welsh plus Shenkin the goat, took up their position.

Our cadets did very well considering the 30 minutes spent stood stock still in form of the crowd of the general public, prior to the Kings arrival. The sound of cheering crowds emanating from outside the castle, heralded the arrival of the King and Queen Consort who swept into the castle. Headed and flanked by police motorbike outriders and the Royal Protection team, they made their way steadily along the route so smartly lined by our cadets and 40 more, from various Sea Cadets and Air Cadet units in Wales.

What an occasion, with our pupils literally feet away from His Majesty. A short break for water and chocolate intake (energy purposes only) then occurred before our cadets played yet another part in lining the route for the Kings departure.

It was an absolute pleasure to witness the pride and sense of accomplishment displayed by the pupils on completion of their involvement in a once in a lifetime event, which we are sure they will never forget. They did themselves, the school and uniformed youth organisations in Wales proud and were justifiably ‘chuffed’ with themselves accordingly.