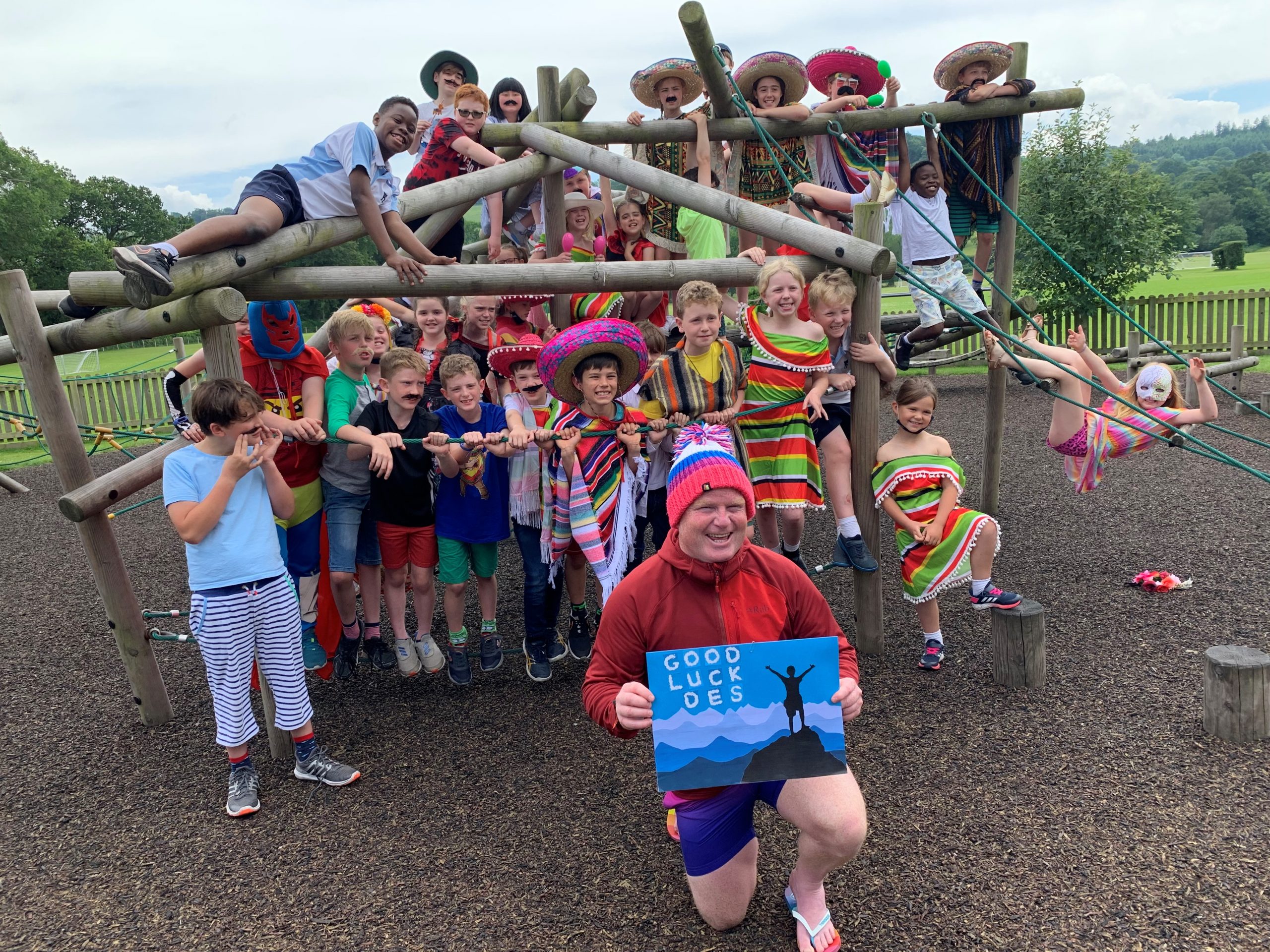 Christ College Brecon is, once again, supporting former pupil and father of one, Des Lally, as he takes on his next fundraising challenge; the British and Irish Peaks Five Mountains in Five Countries in Three Days (BIP553).

On 28 July Des will begin his journey across Britain and Ireland climbing the highest mountains in each country to raise funds and awareness for Cancer Research UK and Help for Heroes. The organisations are close to his heart with both of his parents fighting cancer during their lives and his father having a proud 26-year history in the Armed Forces.

Completing the whole feat in just three days, the challenge is renowned as the most iconic mountain event in the UK, covering 1000 miles of road travel, 5,300 metres of ascent and two Irish crossings. Des has never previously climbed any of the peaks involved.

Christ College Brecon, Des’ past school of seven years, is supporting him as he prepares to complete this arduous charity challenge.

In 2019 the school supported him as he climbed Pen Y Fan 365 times in 365 days, covering over 1500 miles, and held a celebration event upon the completion of his efforts that helped him raise over £61,000 and untold amounts of awareness for Cancer Research UK and Help for Heroes.

Des addressed the youngest pupils at Christ College during a recent assembly to give them an insight into his Five Peak  challenge which served to be an ideal introduction to their theme next term – rivers and mountains. His visit inspired the  pupils to help with Des’ fundraising so they set about arranging a Mexican themed fun day. Des was invited to the event where pupils presented him with a Good Luck card produced by the pupils and the monies raised by the event. Des also received a ‘Henry’ , the school’s mascot to accompany him on his trip. 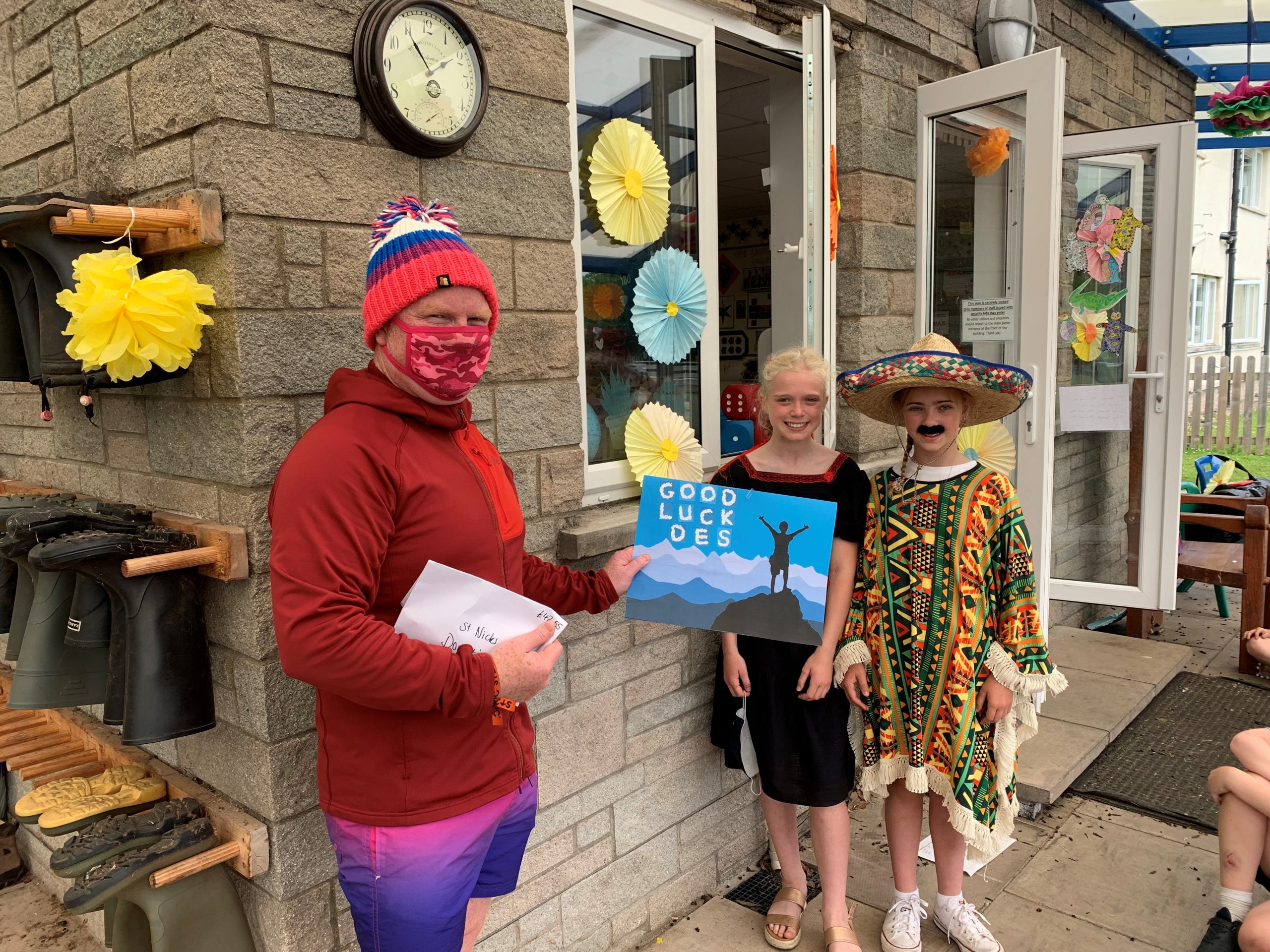 Christ College Head, Gareth Pearson, said: “We feel very honoured to be able to support Des Lally once again as he prepares to undertake such a tough endeavour. Des’ determination and commitment to supporting both Cancer Research UK and Help for Heroes is amazing and incredibly admirable.

“As Head of Christ College, I feel very grateful to be able to support an Old Breconian. It really is great to see past pupils going on to do such amazing things. The whole school is behind him and we really wish him all the best. We will certainly be following his progress and cheering him on.”

Des Lally said: “Christ College provided me with the tools, building blocks and character to take on such challenges as these, and it’s great to have their support again.