Last Friday the Head’s essay society held its annual dinner. The group of upper sixth pupils were joined by Kate Jenkins and Joe Houghton who have been elected as chair and secretary respectively for 2019. Membership of the society is by invitation and the group meets eight times a year to hear papers and engage in wide ranging academic debate.

Although almost entirely pupil led ,the society is also attended by the Head, Mr Bush, Mrs Hope and Mr Blackburn. It was therefore appropriate that the speaker for the dinner was Tom Blackburn (OB) who left school in 2009 before going on to get a first class honours degree from Oxford and a MPhil from UCL, from September 2019 he will be head of theology and philosophy at Magdalene College school in Oxford. Tom’s engaging and challenging paper on religious pluralism was followed by a lively debate. 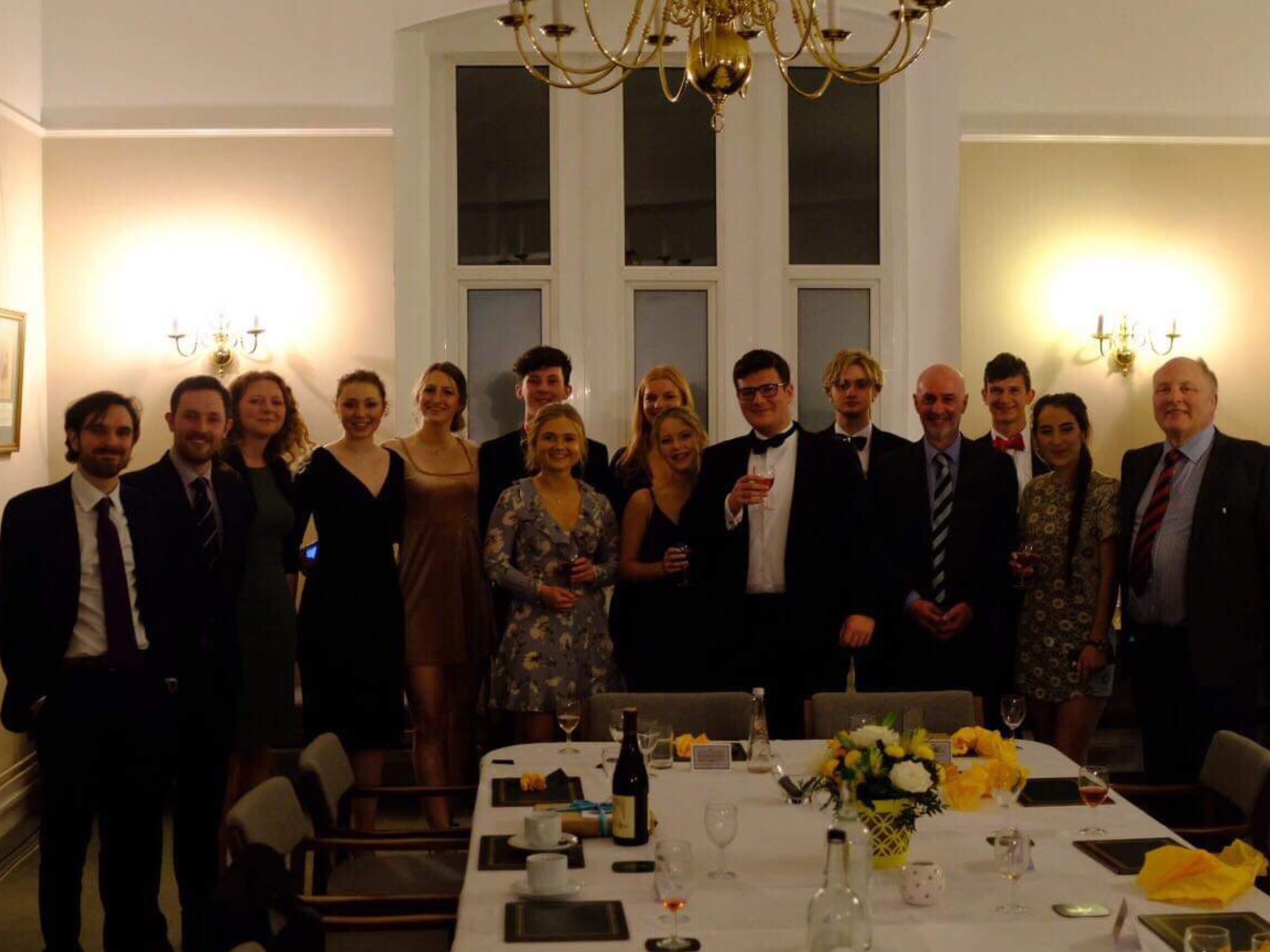 The dinner ended with a brief speech by Mr Blackburn to mark his retirement and votes of thanks from Phoebe Sussman and Harry Jones the current officers of the society.