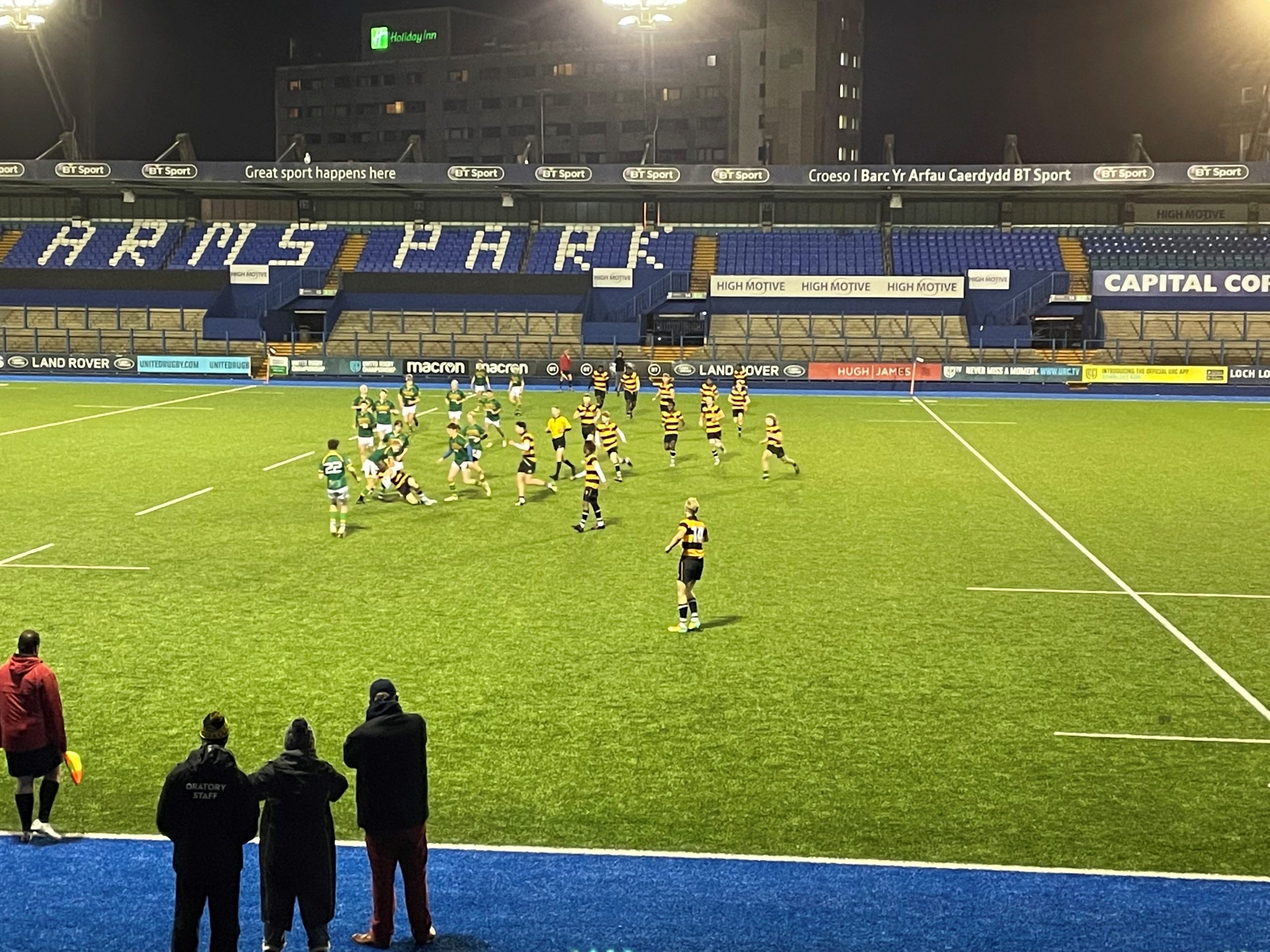 On Wednesday 8th December , Christ College Brecon 1st XV  met  The Oratory School for their  annual fixture at Cardiff Arms Park. This fixture was particularly poignant as the teams were playing for the Gary Halpin Salver, a fitting tribute to Gary, Irish  rugby legend and former colleague of both schools.  We were pleased that Gary’s son, Bentley, could also attend to  present  the Salver , for the first time, in his memory.

The match was played in some challenging weather conditions, with gale force winds and heavy rain. Although the conditions were adverse there was some great rugby on show from both sides. Both teams attacked the game with real intent to play, there was  a very cagey start to the game with both teams going head to head. Oratory had the chance to open the scoring with a penalty from 35m out but pushed it wide. Christ College worked their way back up the field and patiently worked their way towards the try line. Some strong carries and some accurate handling saw Conquer put Heselton away in the corner to take a 5-0 lead. Minutes later Christ College went further in front  with some strong carrying from our forward pack.  Coyle displayed  great footwork to weave his way through and dot down next to the sticks. Christ College went into the break with a 12-0 lead.

The second half started with Christ College playing with the wind behind them. They  utilised this wind with some good game management from our halfbacks Buffrey and Griffiths. 10 minutes into the second half Christ College were awarded a penalty inside the oratory 22m. They opted to kick to the corner where the forwards set a strong driving maul. Patiently the pack drove towards their try line and the maul was brought down a meter from the line. Up popped Heselton who carried the ball with real power and drove over the try line for his second try  of the evening. Griffiths was unsuccessful off the tee again with the conditions making kicking very difficult. 2 minutes from time came the final nail in the coffin. Christ College broke down the right hand side with Coyle feeding the ball to Perrins who succeeded in breaking  through between two defenders, to achieve  a brilliant offload to Price. Price then finished well in the corner to see  Christ College take the final score, and commanding a  22-0 victory.