On Friday 22nd March in bright sunny conditions, the CCF held its annual Drill and Turnout competition. All the houses had put in many hours of practise into the drill sequence, and the preparation of their uniforms. The cadets were inspected by WO2 (RQMS) Evans, and as the person responsible for issuing the CCF uniform to the school, he was meticulous in his inspection. 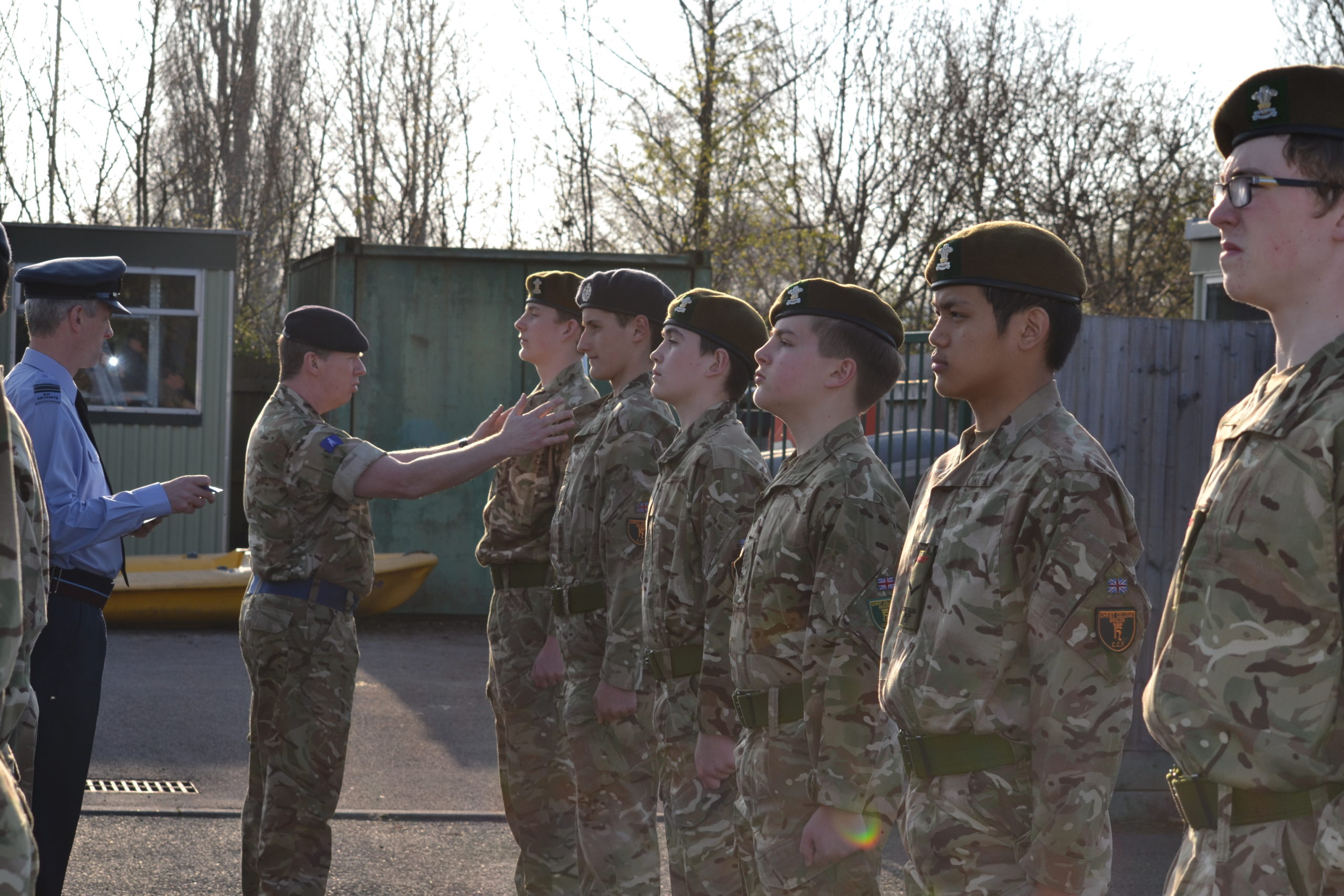 The houses then moved onto the drill phase, which is led by a senior cadet from the house. The inspecting SNCO, COH Moses from the 160th Bde CTT was very impressed by the slow march, which requires balance and gracefulness by all participants. 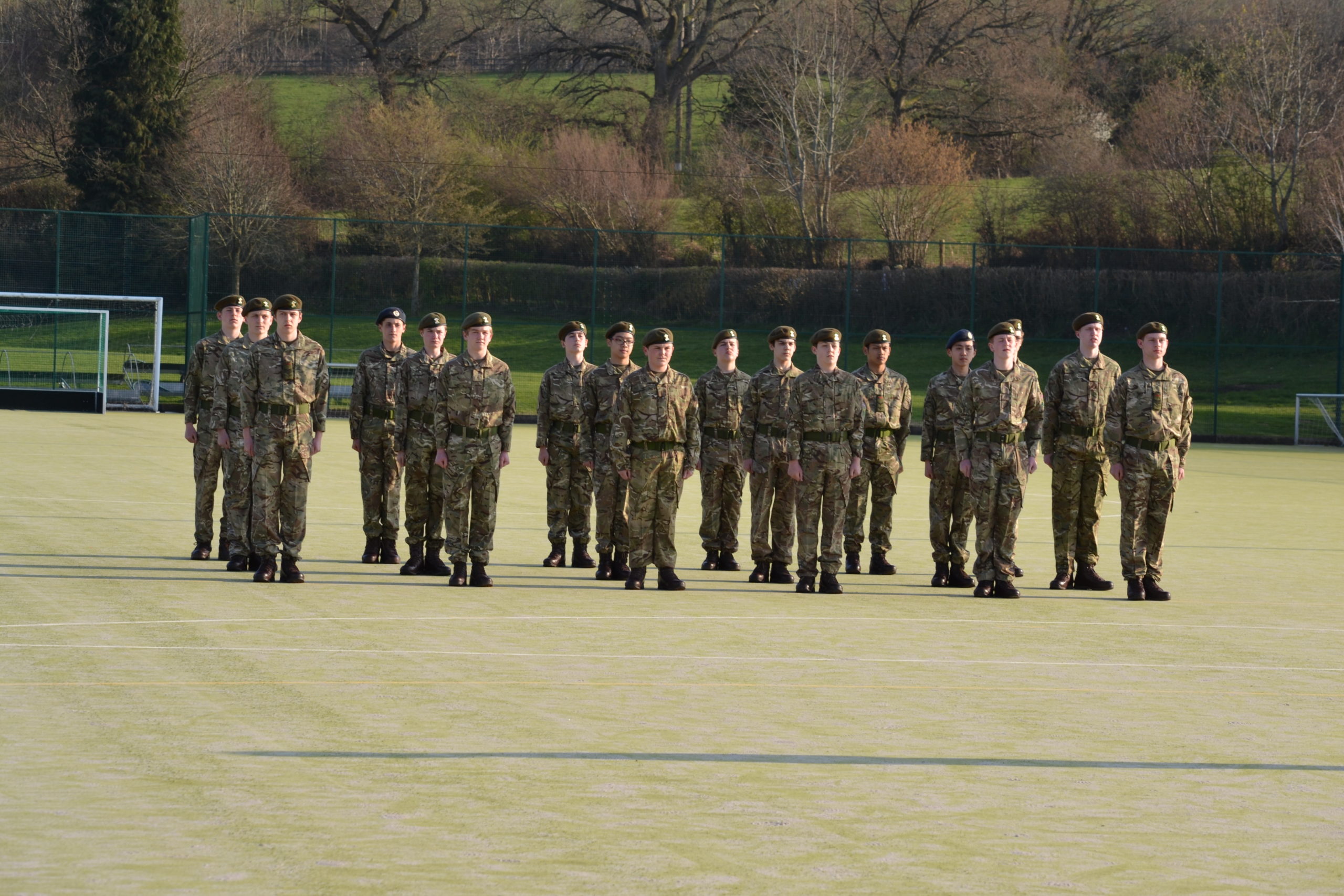 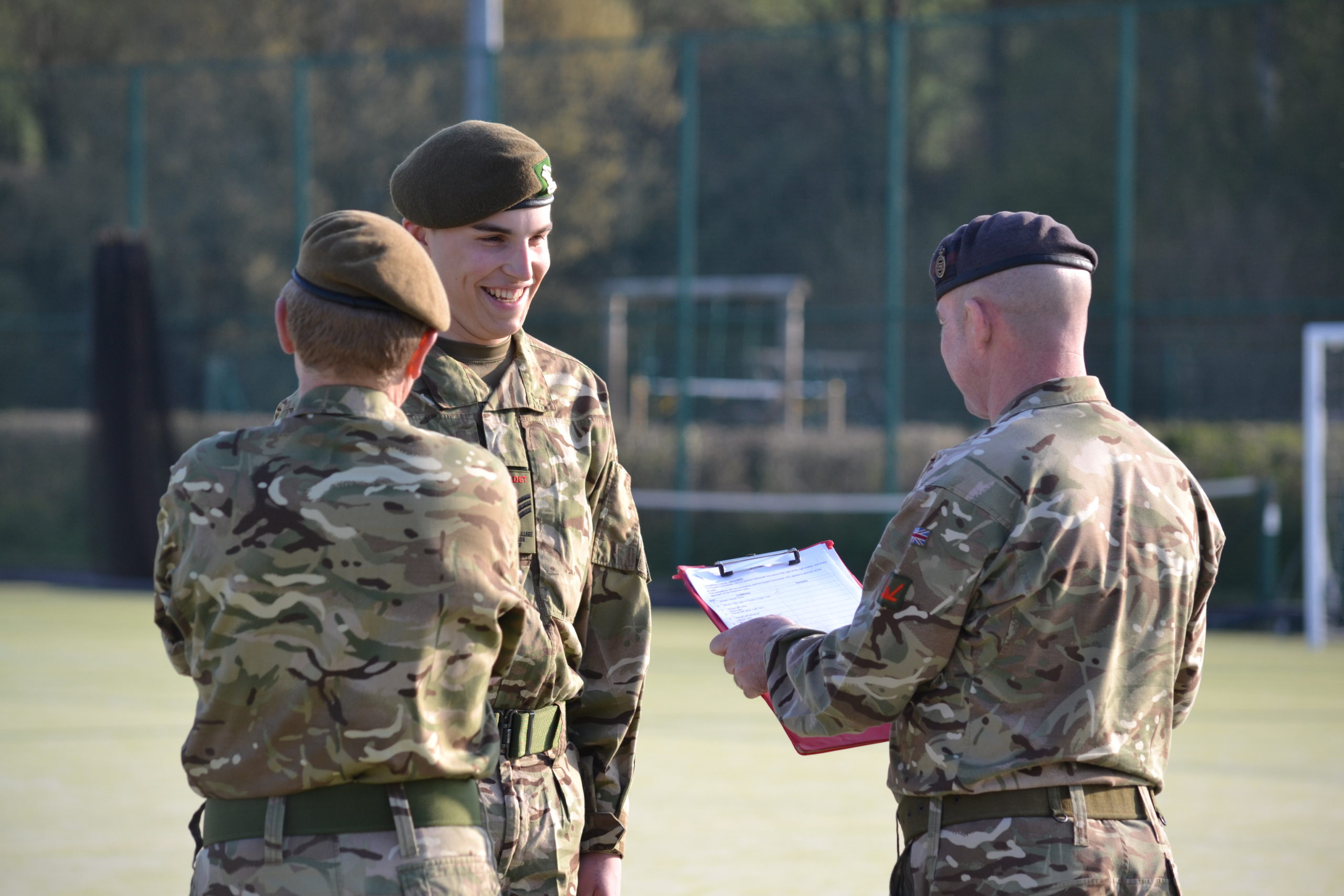 After all the houses had competed, the cadets formed up outside the CCF store, under the Christ College CCF RSM to hear the results. 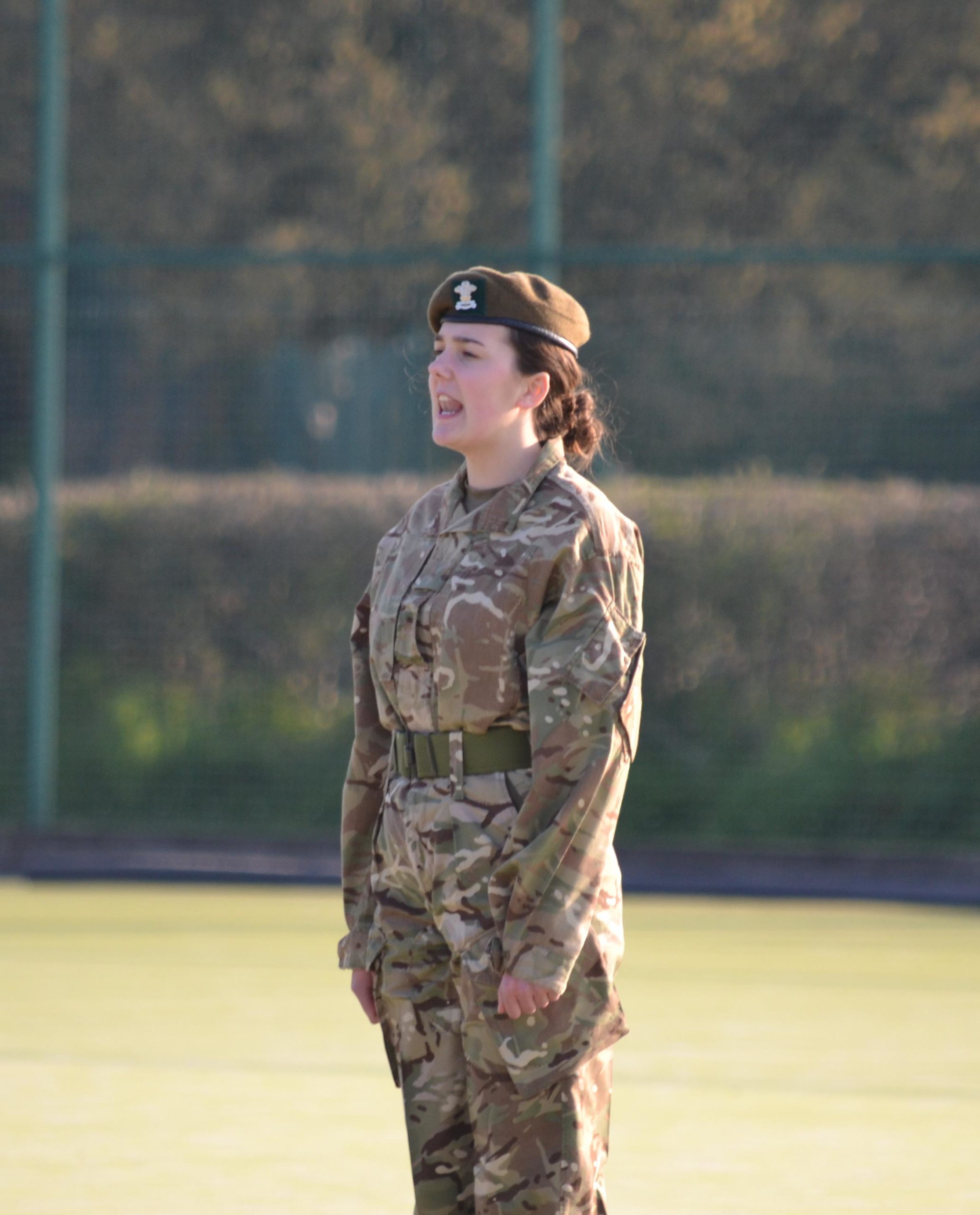 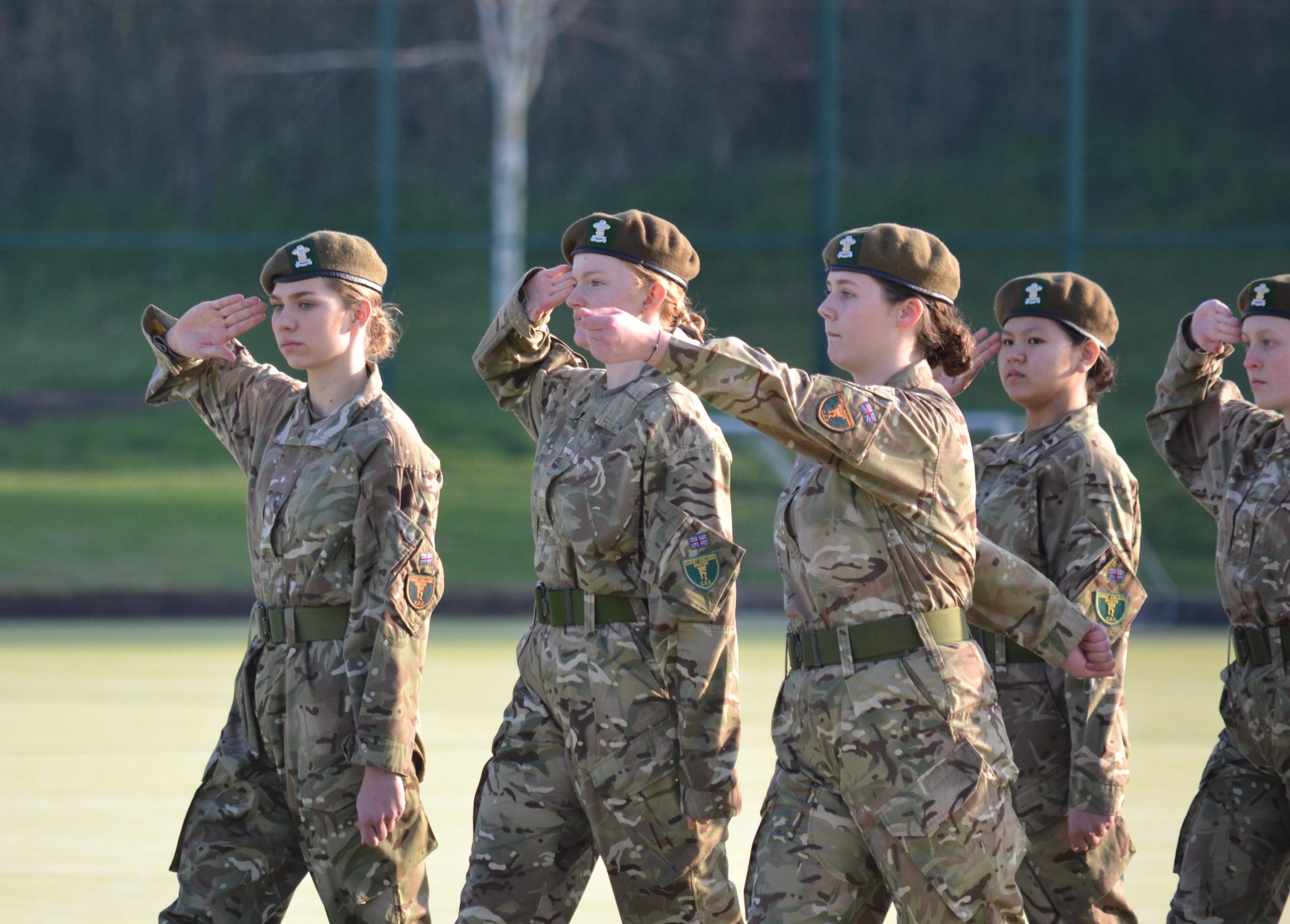 This year’s winners, and retaining the trophy that they won last year were de Winton, followed closely by Orchard and Donaldson’s.