CCB Singer of the Year Competition 2020

The Intermediate Competition, adjudicated by Jon Pilgrim, Assistant Organist at Brecon Cathedral, saw a number of very musical performances, with good phrasing and conveyance of emotion. Students from a variety of age groups took part, with some coming from St Nicholas, Christ College’s Junior School. The runner-up prize was awarded to Charlie Gedge, Year 10, whose “well-phrased and musical” performance of “The Swallow”, arr. Barratt had “good tuning and a lovely tone”. Sophie Williams, Year 10, won first prize with her rendition of “Wishing You Were Somehow Here Again”, from Lloyd Webber’s Phantom of the Opera. Her performance had “very good tuning and a fantastic dynamic range”, and she conveyed the emotion of the piece well.

Angela Livingstone, the Head of Vocal Performance and Opera at the Royal Welsh College of Music and Drama, adjudicated the Advanced Competition in the evening. Five students aged between 16 and 18 took part, each performing two contrasting pieces that demonstrated their dexterity as musicians. All of the competitors showed excellent preparation, and introduced their pieces confidently – a skill that Mrs Livingstone described as essential for professional singers. In second place came Ellie Williams, Year 11. Her performance of “Après un Rêve” by Fauré had “commendable control of long phrases”, whilst “Corpus Christi Carol” by Britten complemented the pure tone of her voice and had good dynamic contrast. First place, and the Dargavel Trophy, named after the late Tom Dargavel, was awarded to Lydia Drinkall, U6th, who “best told the story” of her songs. In her rendition of “A Hymn to the Virgin” by Rubbra, she had a “lovely, even sound with a good vocal line”, and contrasted this with “Can’t Help Lovin’ Dat Man” by Jerome Kern. She projected sound well across both her performances, and the stylistic differences between the two pieces were effectively executed. Mrs Livingstone also gave special mention to Jasmine Anderson’s performance of “Nymphs and Shepherds” by Purcell, Abbott Sze’s performance of “Where E’er You Walk” by Handel, and Amy Chism’s performance of “How Could I Ever Know”, from Simon’s The Secret Garden.

During the interval, whilst Mrs Livingstone made her decision, we heard a recital from two students currently studying at the RWCMD. Soprano Charlotte Forfar, a masters student who has performed with the Welsh National Opera, was accompanied by Alex Norton, a talented second-year undergraduate pianist and continuo player. Their advice to the young singers was to make sure that you understand exactly what you’re singing about and communicate the story according, even if it’s in another language, but also to have a dialogue with your accompanist, as they should continue to inspire the story in moments when they’re not singing.

The competition has both vocal and instrumental sections, with the overall winner of each category receiving a trophy and a substantial cash prize. The Instrumentalist of the Year Competition was due to take place on Monday, March 23, but as Christ College has taken government advice to close on Friday due to the coronavirus outbreak, the second half of the competition will be postponed. 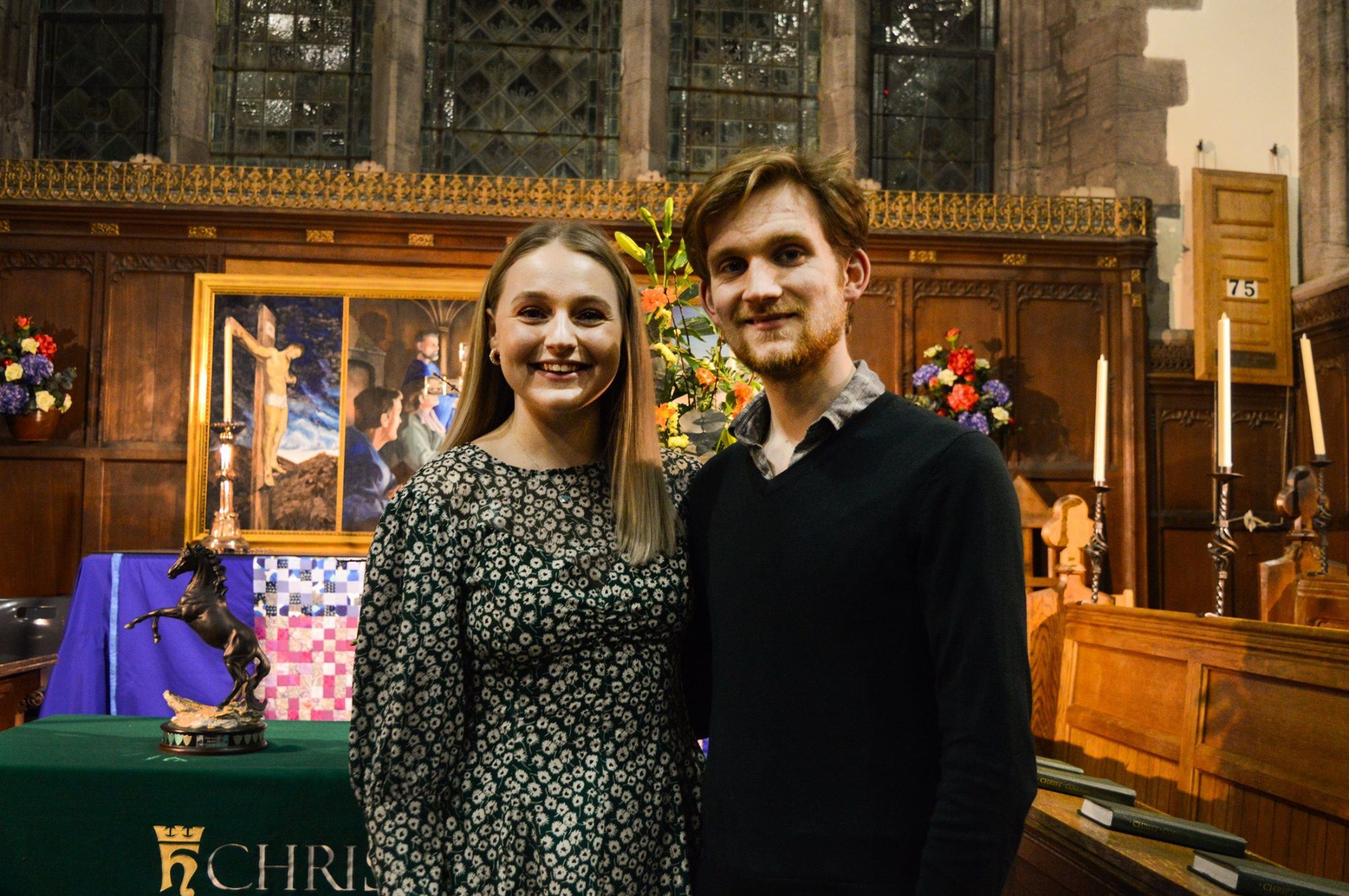 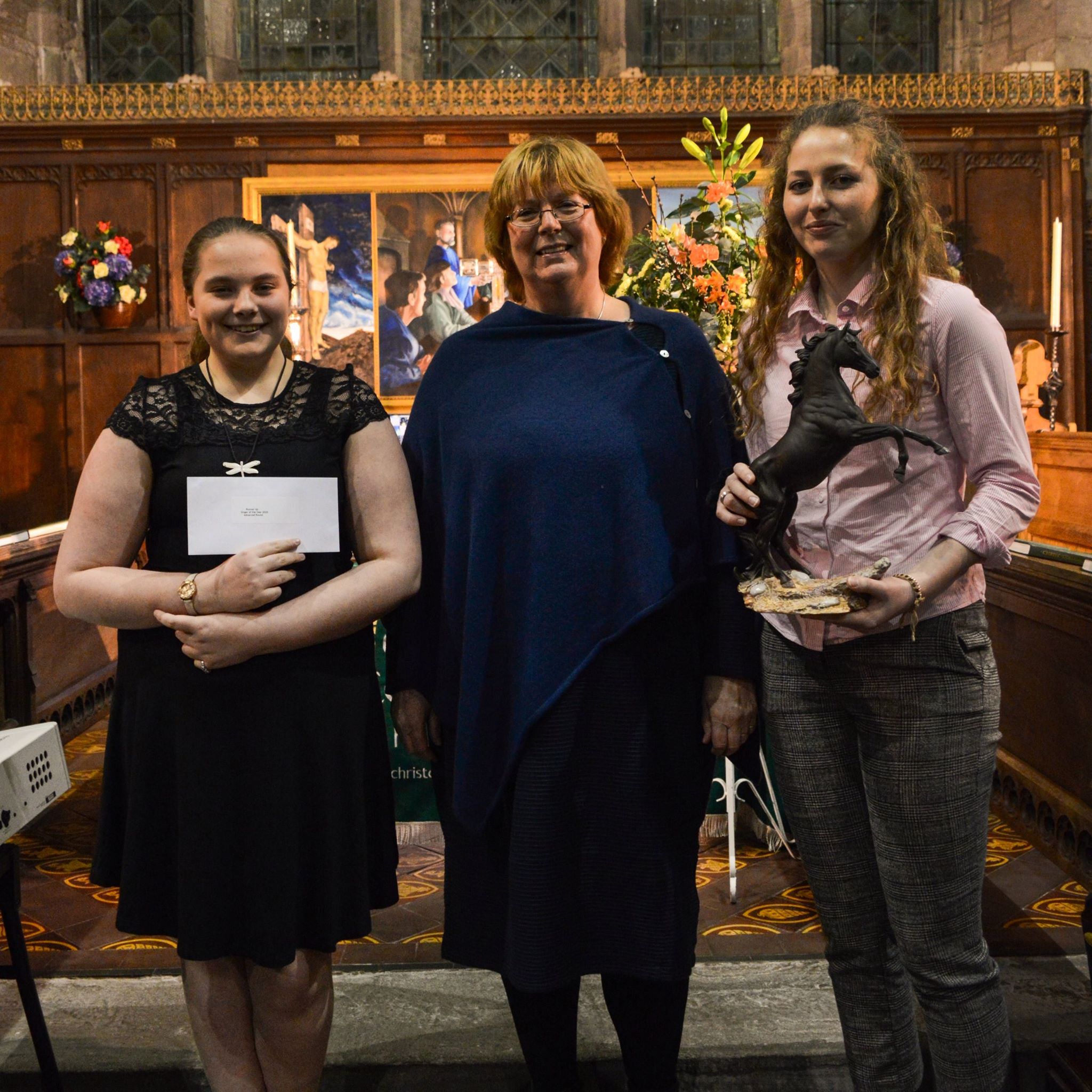 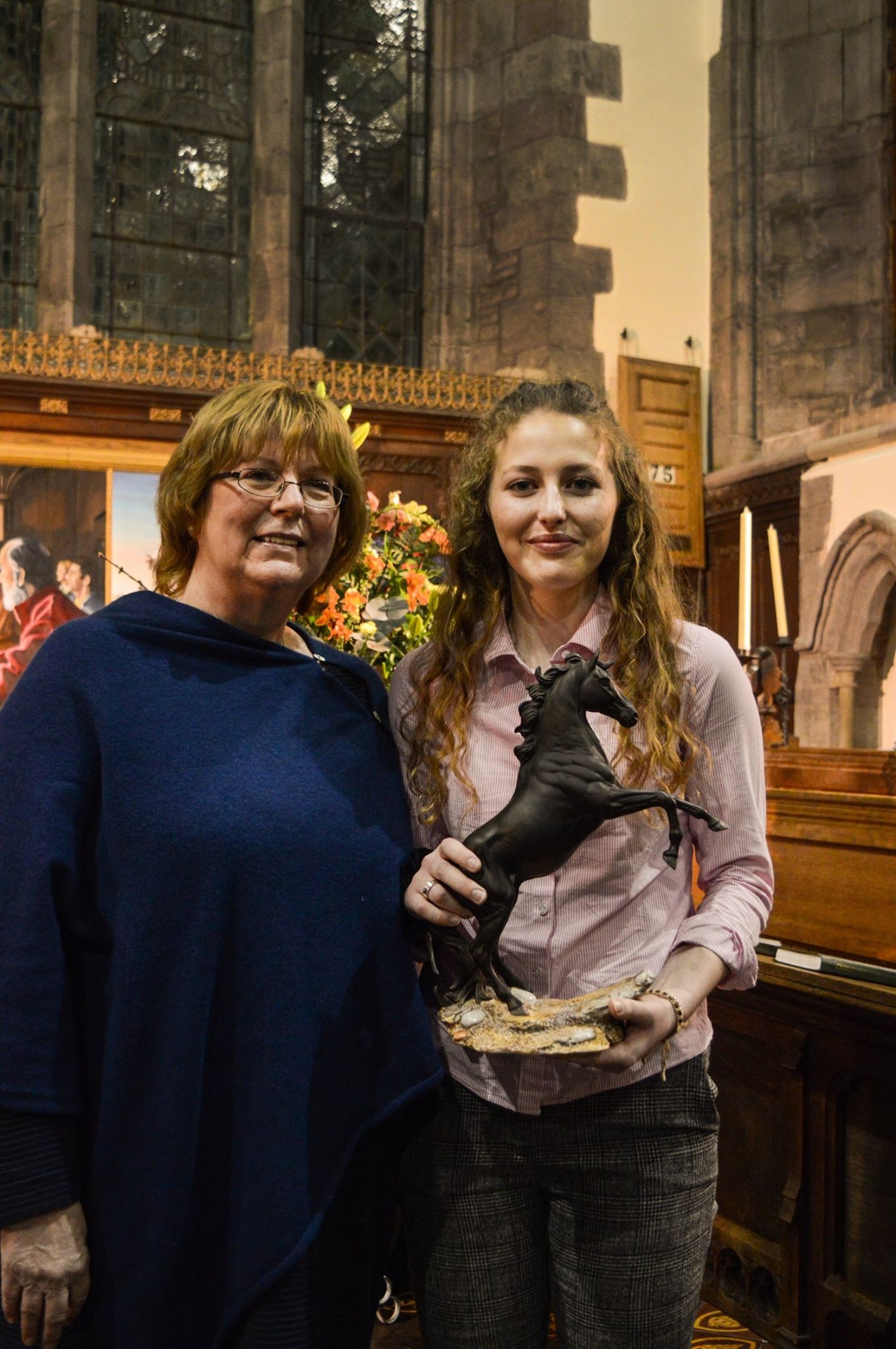 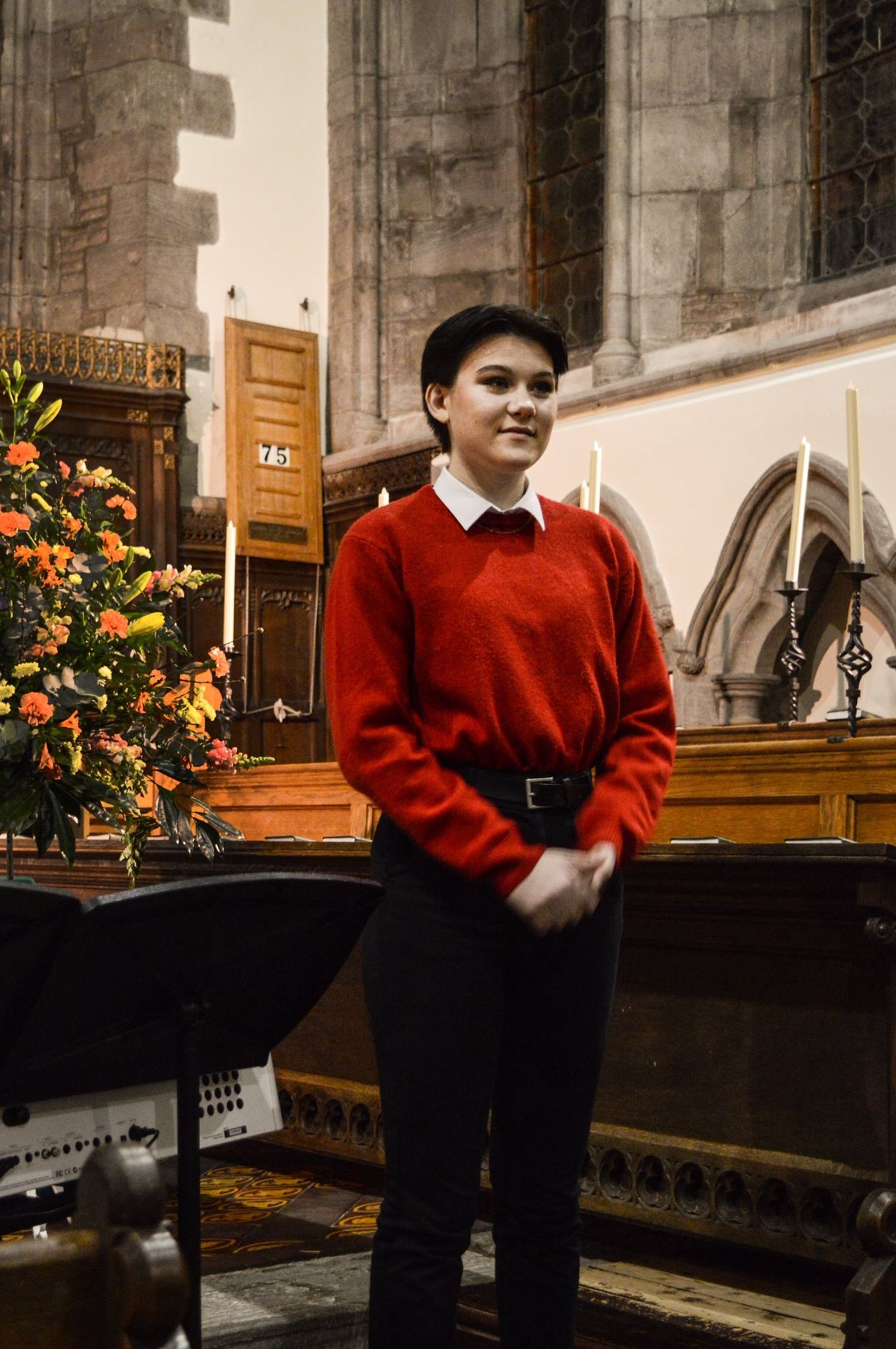 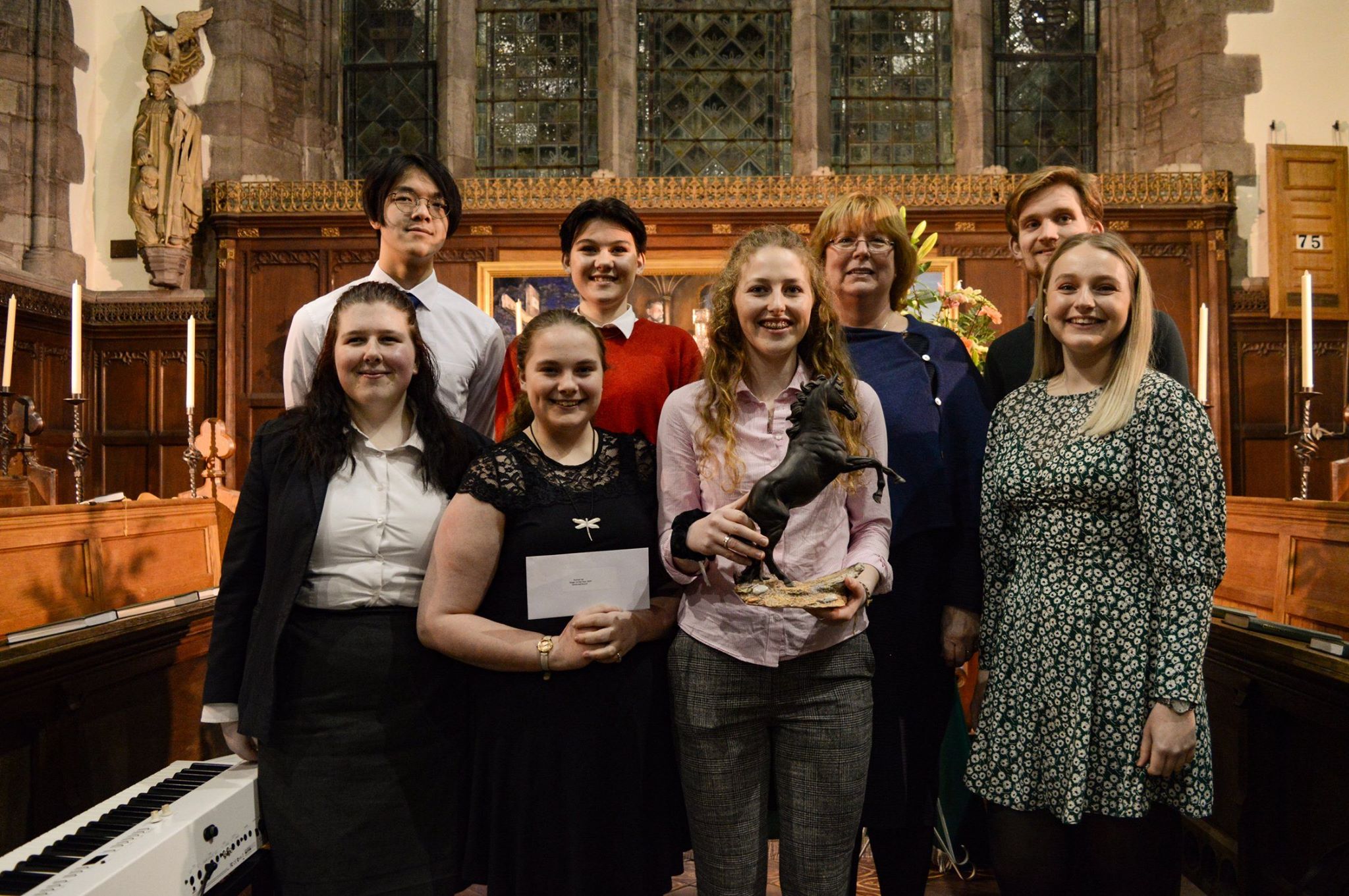 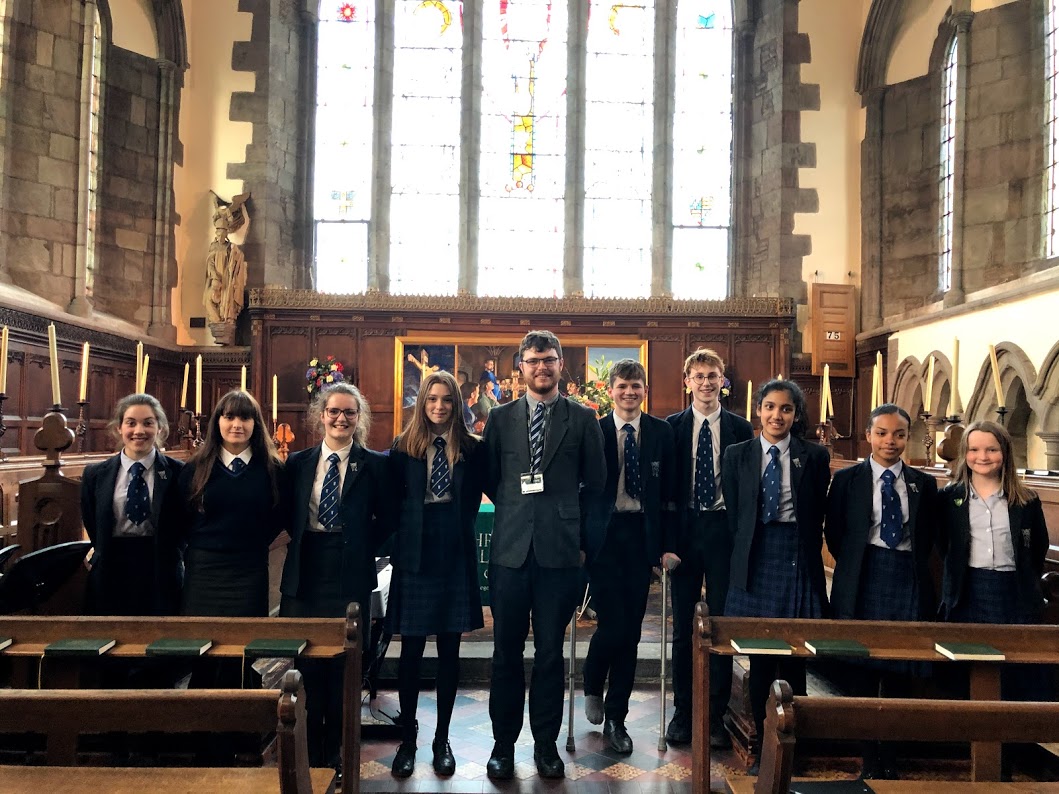 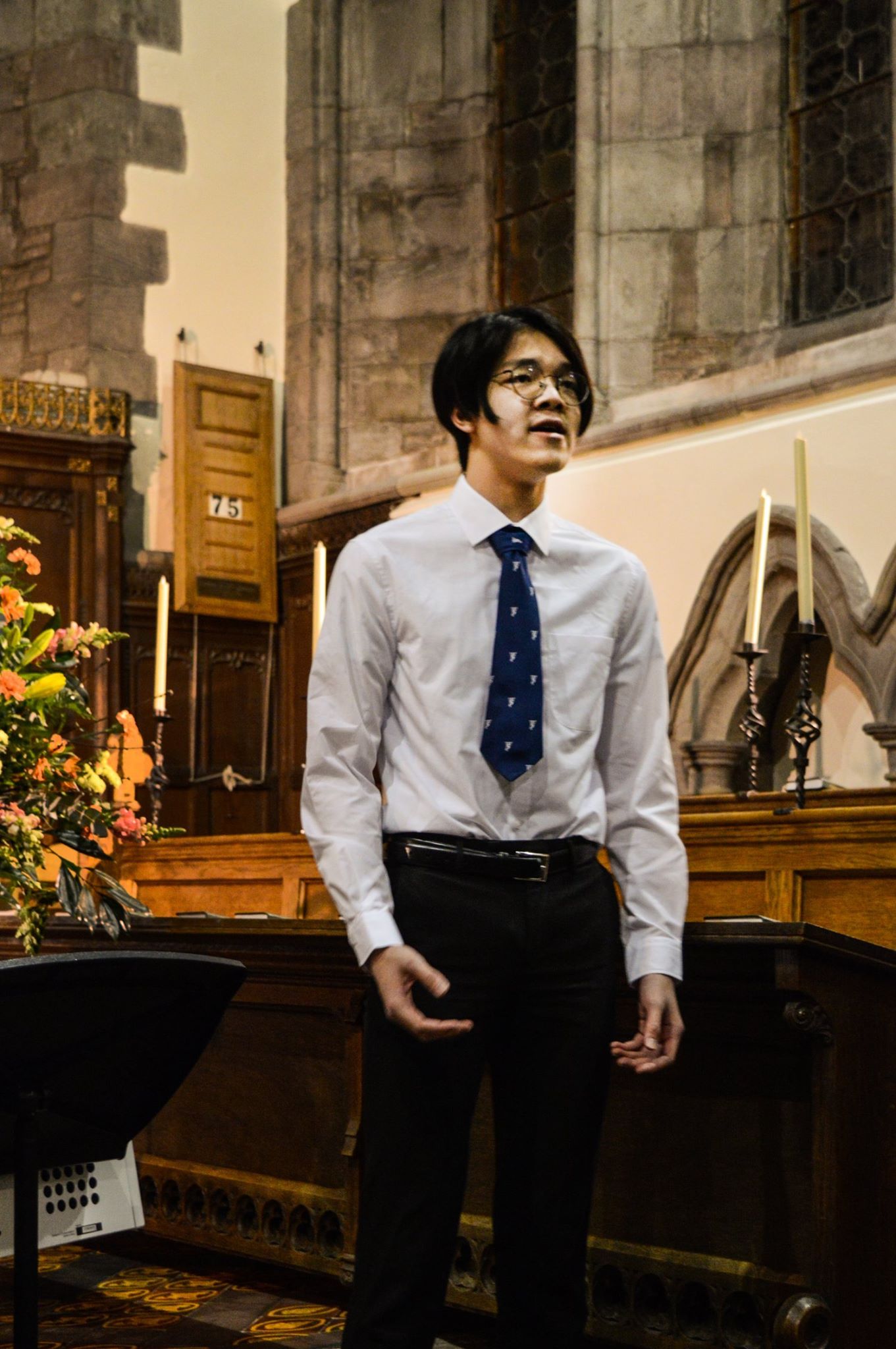 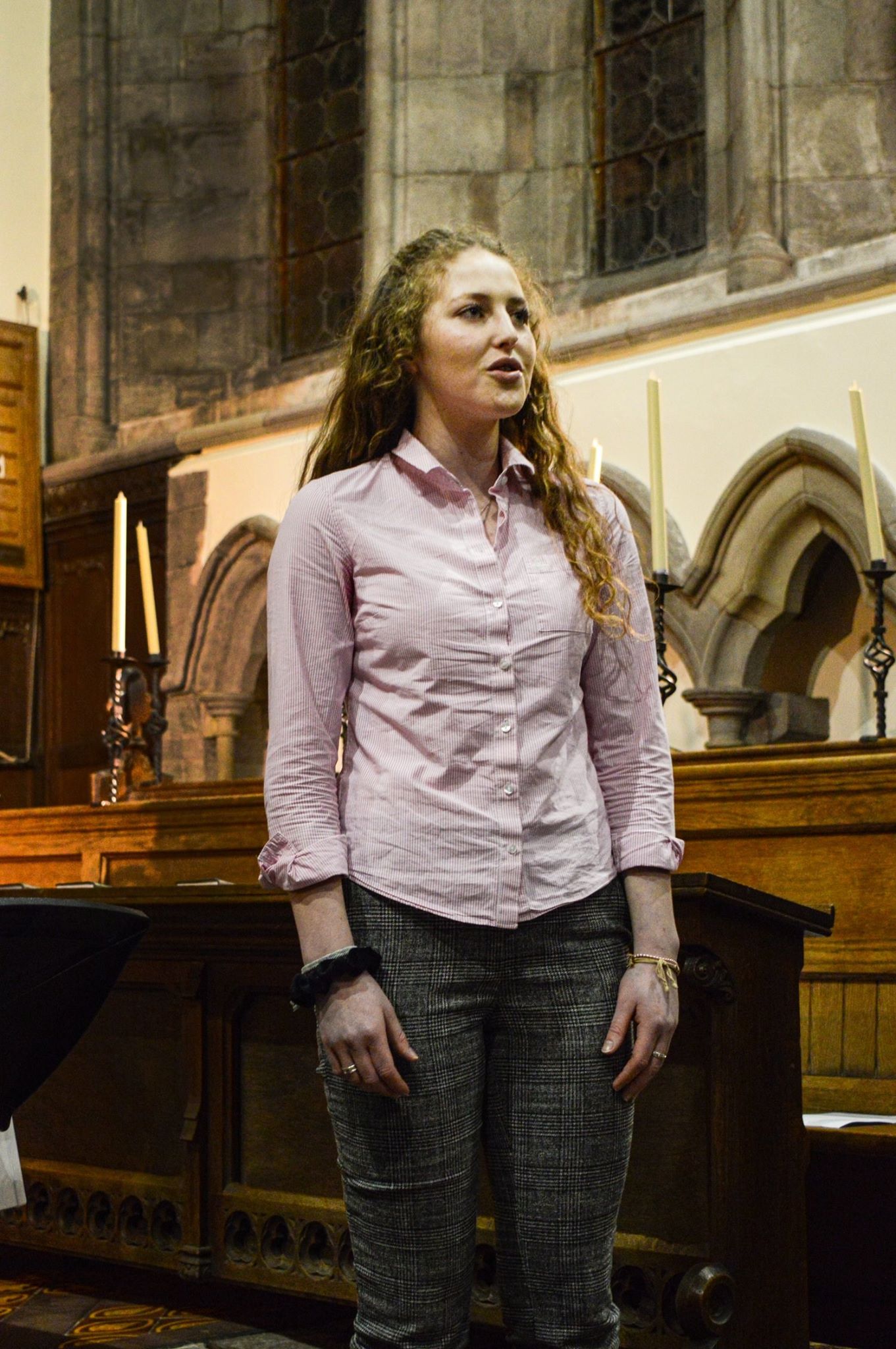 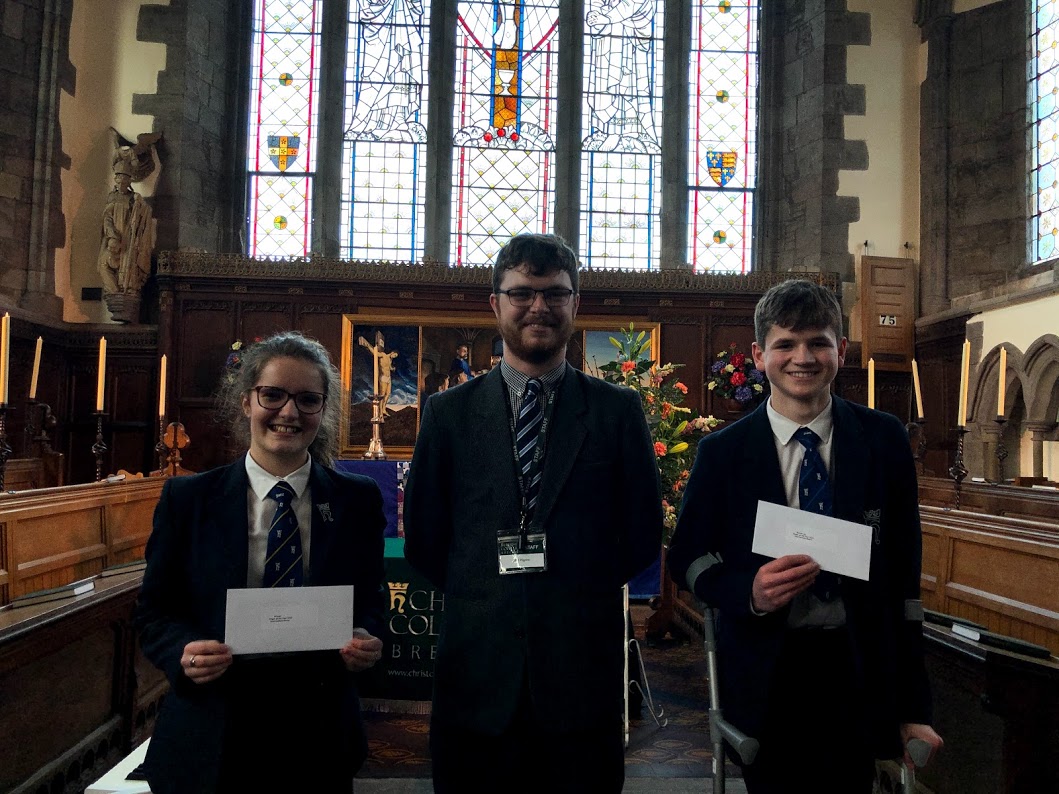 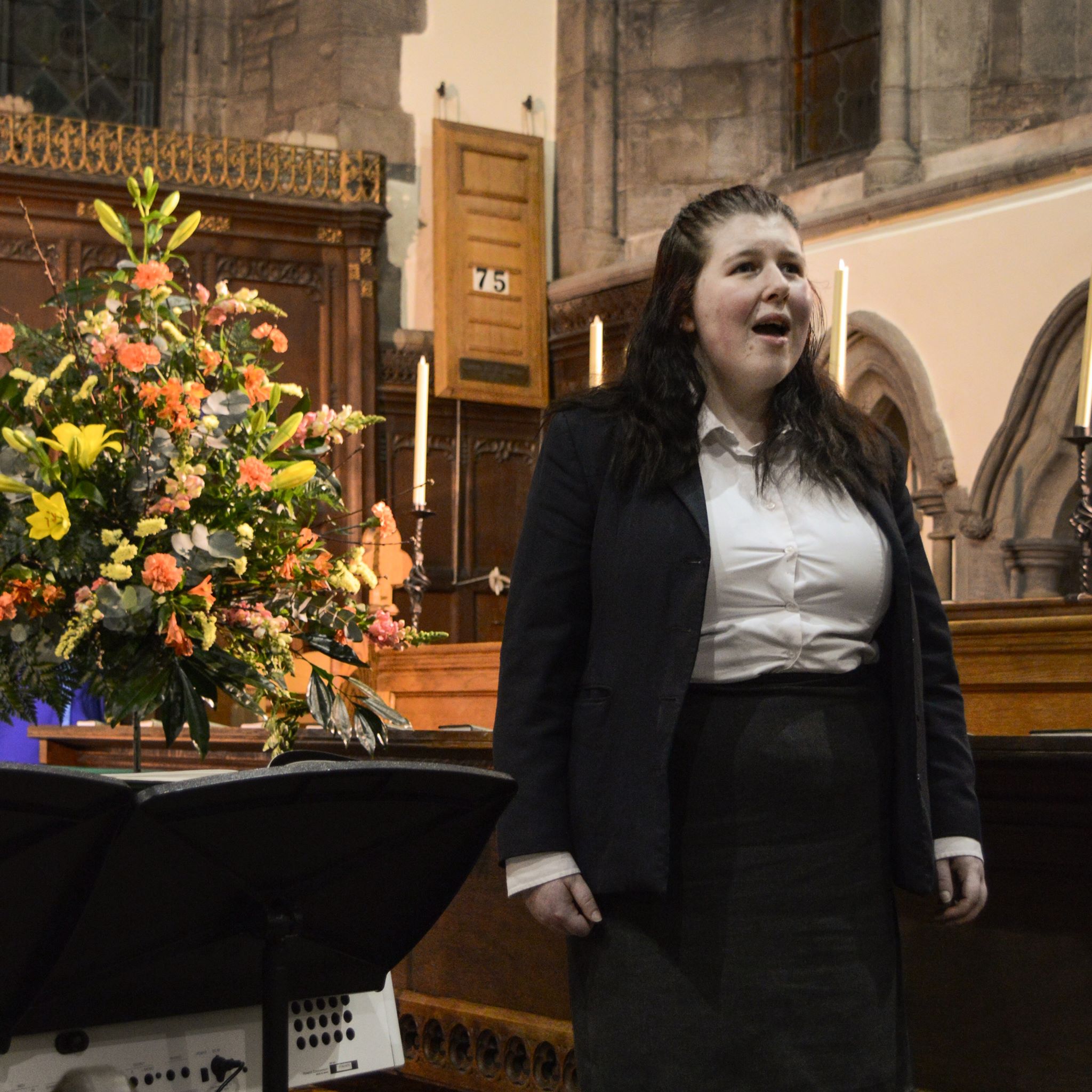 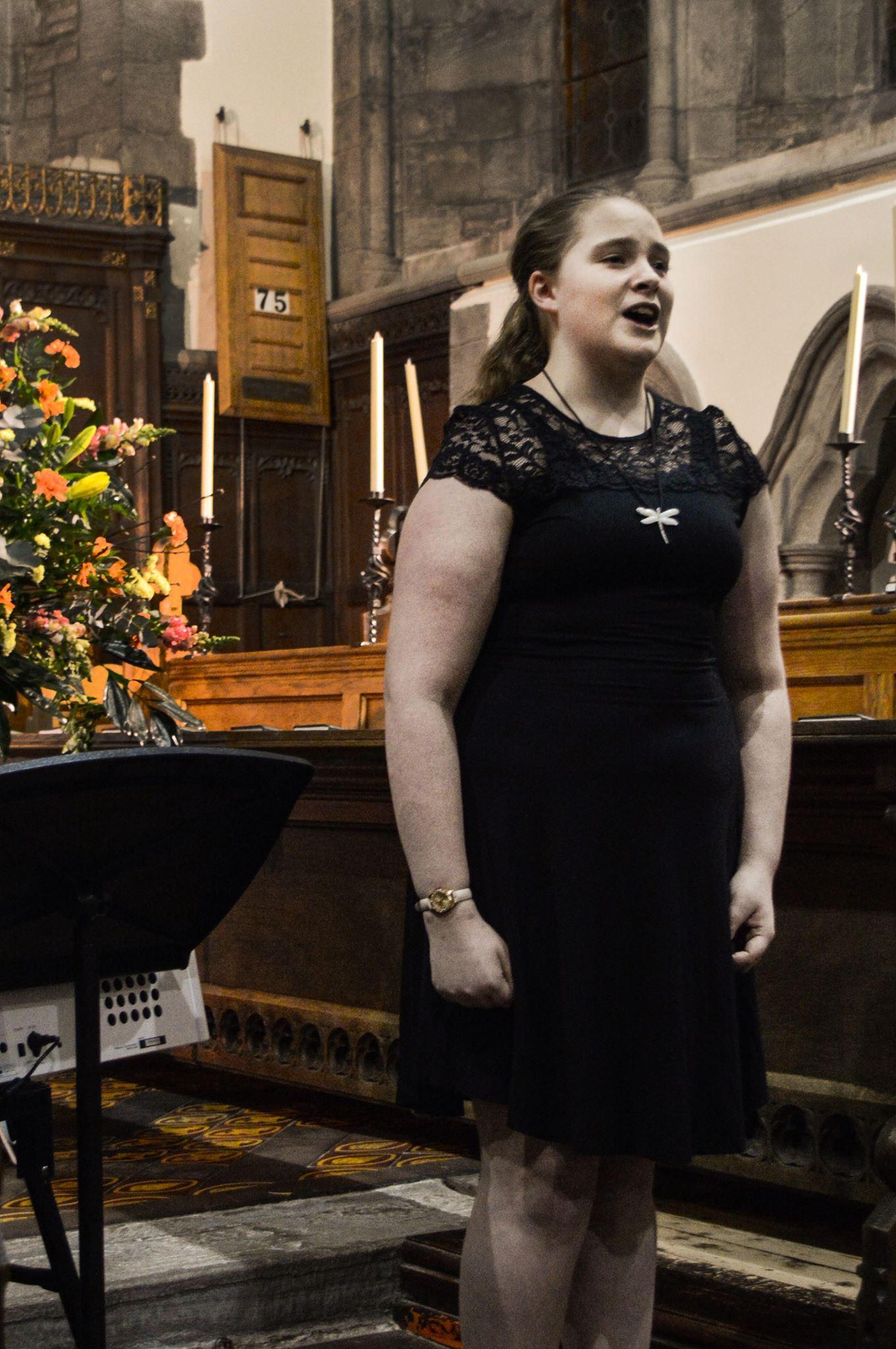