Beauty and The Beast

Christ College proudly presents a Lower School Production of Disney’s Beauty and the Beast JR. A School Production by arrangement with MTI Broadway Junior Collection. There will be two performances on Friday 28 June at 7.00pm, and Saturday 29 June at 1.45pm. 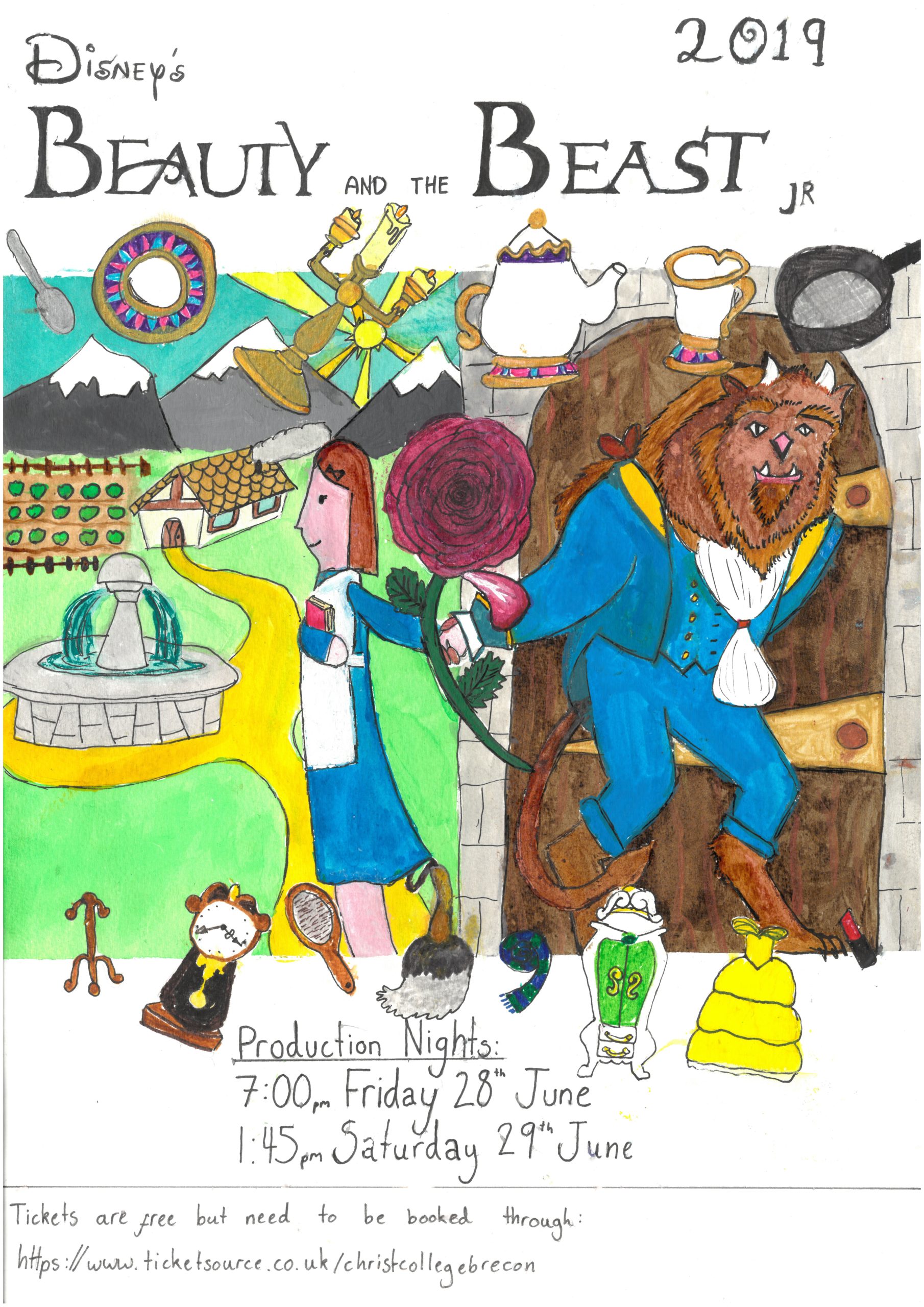 The classic story tells of Belle, a young woman in a provincial town, and the Beast, who is really a young prince trapped under the spell of an enchantress. If the Beast can learn to love and be loved, the curse will end and he will be transformed to his former self. But time is running out. If the Beast does not learn his lesson soon, he and his household will be doomed for all eternity.

With many roles allowing students to play objects inside the castle, this “tale as old as time” is a fun and family friendly musical. This production is filled with larger than life characters, spectacular musical numbers, and enchanting costumes and set. It is sure to delight audiences of all ages.

Tickets are available at www.ticketsource.co.uk/christcollegebrecon