An Audience with Jim Roberts MBE

It was a pleasure to welcome former Christ College Brecon pupil and paralympic gold medalist,  Jim Roberts,  MBE back to school last Saturday . Jim came to address the senior school pupils in  Year 10 and above, as part of the  school’s Curriculum for Life programme. 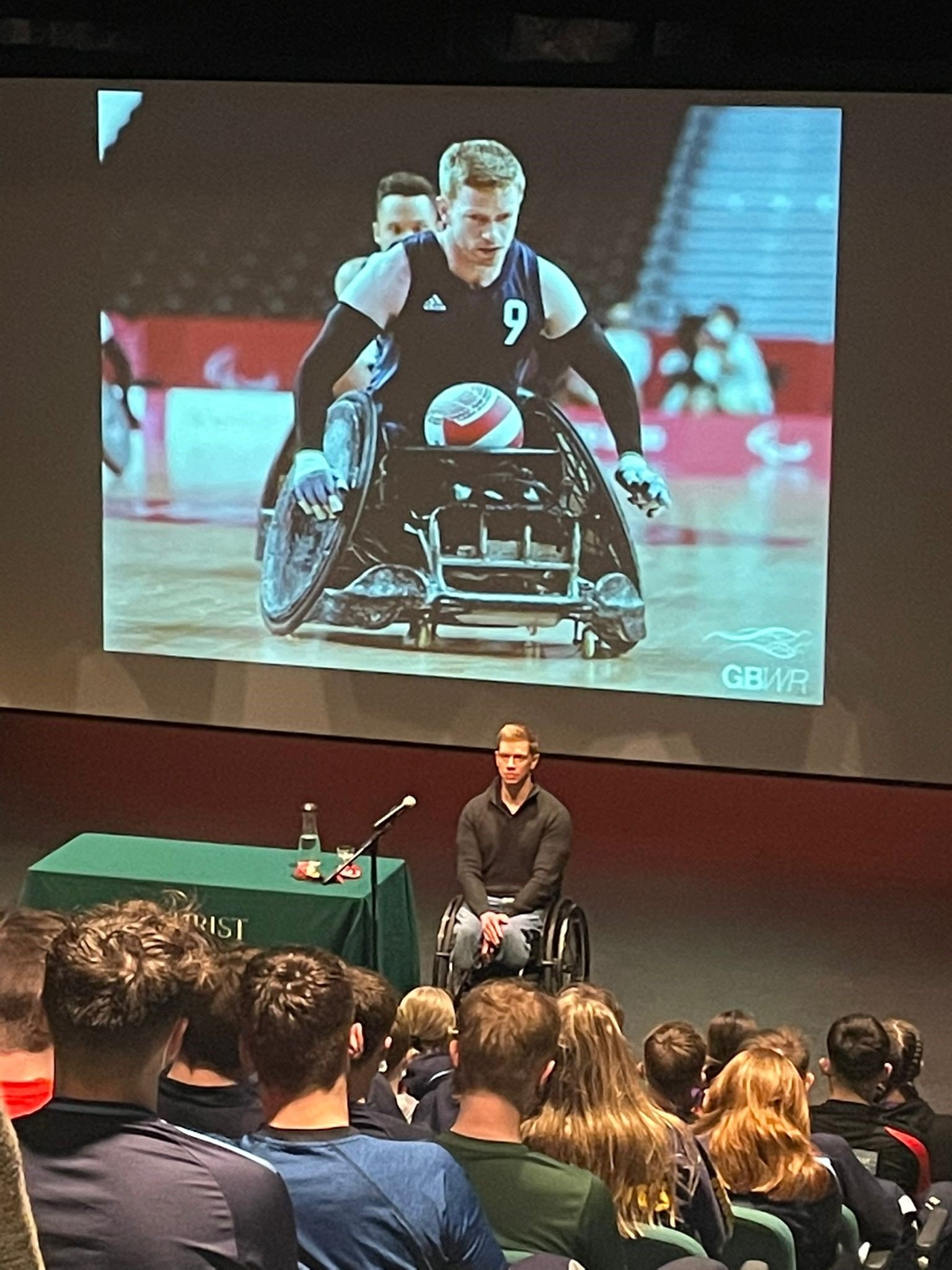 Jim  from Welshpool, attended Christ College from 1999 to 2006 and went on to study Architectural Design Technology at Coventry University. It was shortly after his first year at university that he contracted bacterial meningitis which led to the amputation of both of his legs. During his stay in hospital he was introduced to wheelchair rugby . In 2012, he was picked for the GB development squad and made his Team GB debut the following year. In 2021, he won a gold medal at the Paralympic Games, leading the Great British wheelchair rugby team to victory in Japan.

Gareth Pearson, Head  said “We were delighted that Jim took the time to visit us today. The pupils were treated to an inspiring insight into his career and how important it is to dust yourself off after a set back, never give up and keep your goals in sight. What a role model..  Thanks Jim!”