It was a hive of Welsh activity at St Nicholas House in their much anticipated Welsh Week. The children began the week reciting their poems in our preliminary rounds, producing 3 worthy finalists for each House team. In addition to this, pupils got creative and the younger children worked hard to produce fantastic Faberge eggs with Mrs Houghton in an art workshop. Meanwhile, Y5&6 had a master class in still life drawing and created some beautiful watercolour studies of daffodils. 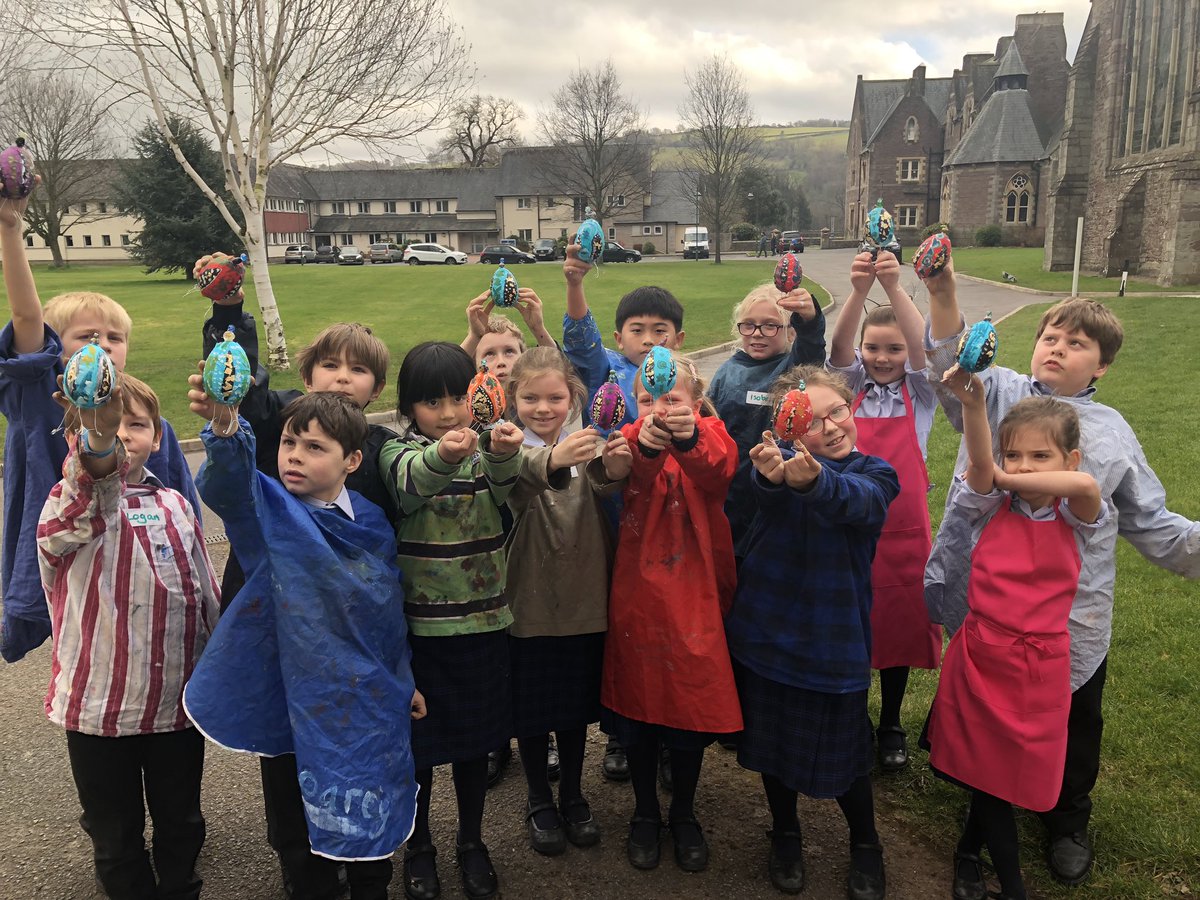 To continue the St David’s Day celebrations, they enjoyed a cultural feast with a harp performance in assembly and traditional Welsh food tasting which gave pupils the opportunity to try a range of Welsh cheeses, faggots, cockles & laverbread and yummy Bara Brith. 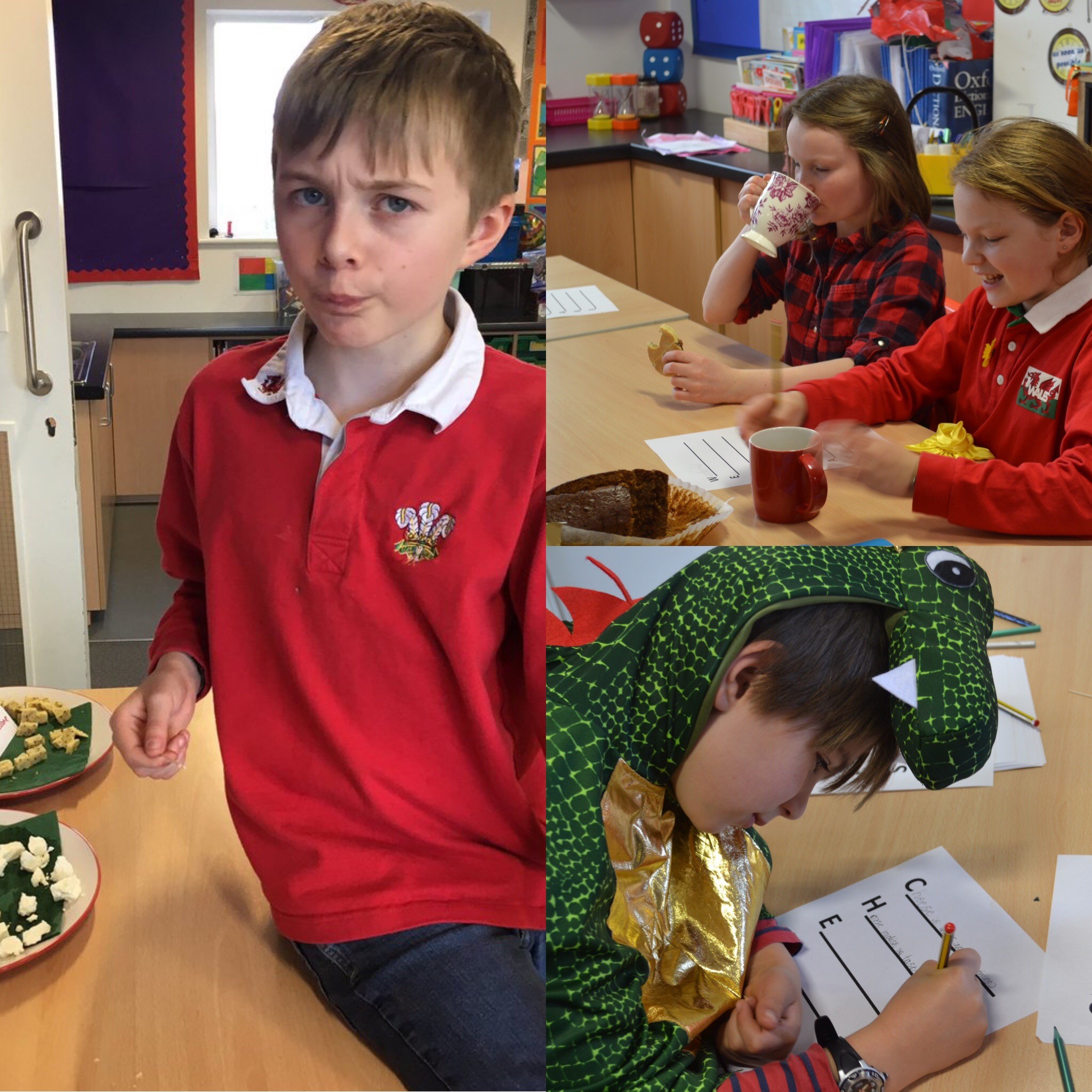 Our Eisteddfod on Friday was perhaps the highlight of the week and an opportunity for children to get up and perform poetry, sing songs and perform instrumental pieces. There was great support for the three house teams, Taf, Usk and Wye and a super atmosphere in the Neuadd as each competitor took to the floor, cheered on by their House Team members. The pupils came dressed in Welsh attire and the Neuadd was turned red with Welsh rugby shirts, Welsh dragons and Welsh costumes. 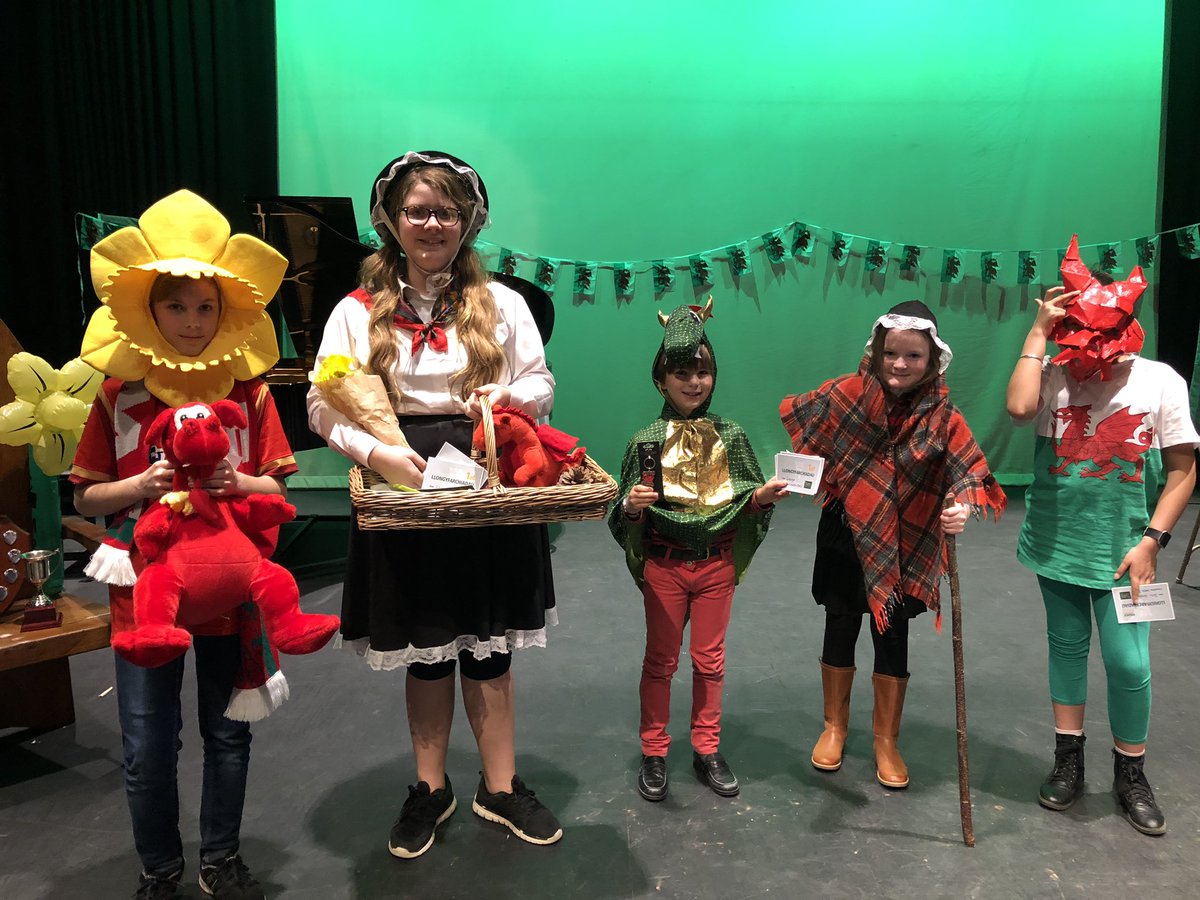 Year 7&8 performed ‘The Highwayman’ and ‘The Tale of Custard the Dragon’ whilst the juniors performed ‘We Have a Little Garden’, ‘The Welsh Rugby’, ‘Television’ and ‘The Gardener’. There were some very energetic and convincing recitations!

Interspersed in the programme were house team instrumental performances from Y7&8 and some excellent Welsh recitations to follow.

The quality was so high, the judging panel found it very difficult to choose between competitors but they managed to do so, announcing winners and presenting certificates at the end of the morning.

The pinnacle of the competition was our House Team songs and each House team took to the floor to perform together. Mr Pilgrim, from the Music department kindly offered to take on the unenviable task of judging the best performance. The winning team for St Nicholas was Team Taf and for Y7&8, Team Wye.

To conclude the morning we held a chairing ceremony for the pupil who wrote the best story in Y7&8 and also from St Nicholas. We congratulated the 2019 Bardic cup winners Rowan Beasley (Y8) and Holly Hill (Y6) who took to their thrones and were awarded their cups by Mr Trumper. 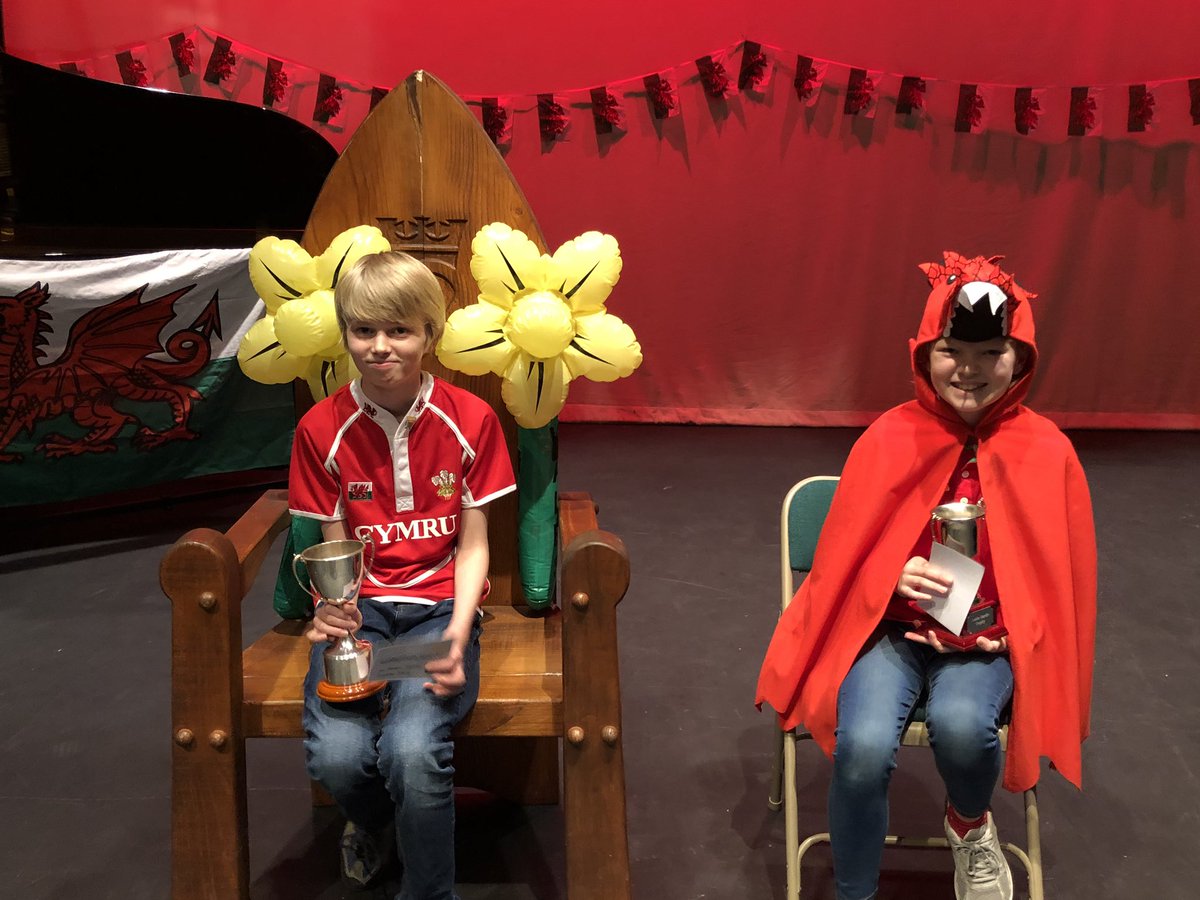 The overall winners of this year’s Eisteddfod is Team Wye, closely followed by Team Taf, then Team Usk. Many congratulations to all pupils and for the staff for all their hard work in the run up to the competitions.

Whether the children wrote a story, painted a picture, recited a poem or played an instrument, the Eisteddfod has been a wonderful vehicle to allow pupils with all manner of strengths and interests to shine at something. We look forward to doing it all over again next year!

Whether the children wrote a story, painted a picture, recited a poem or played an instrument, the Eisteddfod has been a wonderful vehicle to allow pupils with all manner of strengths and interests to shine at something. We look forward to doing it all over again next year!